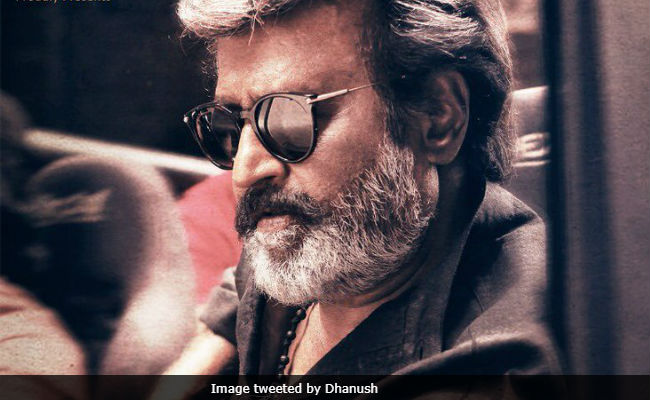 New Delhi: A day after Karthik Subbaraj announced his new film with Rajinikanth, actor-filmmaker Dhanush shared a new poster of his upcoming Kaala, which features Rajinikanth as a feared and revered don. Dhanush, who is married to Rajinikanth's daughter Aishwaryaa, also shared that the teaser of Kaala will be out on March 1. "The news you have all been waiting for. Kaala teaser from March 1. Get ready to be in awe of our one and only Superstar's charisma and style," he tweeted along with the poster. Rajinikanth is dressed in an all-black outfit with matching shades and his attitude is to die for in the new poster.

The news you have all been waiting for. #kaala TEASER FROM MARCH 1ST. Get ready to be in awe of our one and only Superstar's charisma and style. " " pic.twitter.com/3gcKmhWXEQ

Kaala is directed by Pa Ranjith, who last made Kabali with the 63-year-old actor. Kaala also stars Nana Patekar, Huma Qureshi, Sampath Raj, Anjali Patil and Pankaj Tripathi. The film is expected to release in April.

Apart from Kaala, fans are eagerly waiting for an update about 2.0 - his film with director S Shankar. 2.0 is a sequel to his 2010 hit Enthiran and it also stars Bollywood actor Akshay Kumar as villain opposite Rajinikanth. The film also stars Amy Jackson, Sudhanshu Pandey and Adil Hussain. In 2.0, which was initially scheduled for Diwali 2017 release, Rajnikanth will reprise the scientist Vaseegaran and his creation Robot Chitti.

On Friday, Karthik Subbaraj revealed that he will be directing Rajinikanth in his new film. "Really can't express my happiness in words. My most treasured dream come true moment. Thanks a lot Thalaivaaaaa," he tweeted.