Details Of Rajinikanth's Film After 2.0 And Kaala 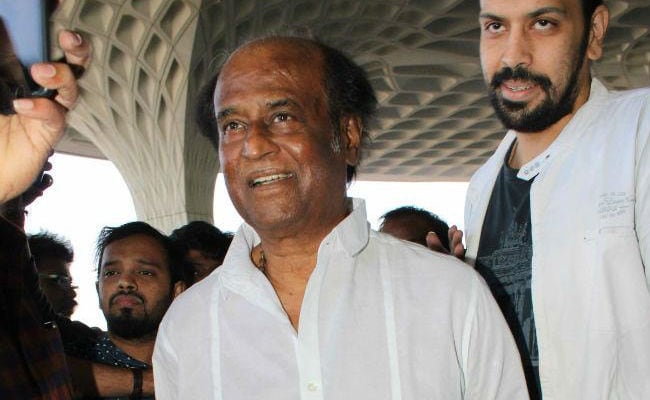 Rajinikanth photographed at the Mumbai airport.

New Delhi: As fans eagerly await the release of Rajinikanth's much-delayed 2.0, filmmaker Karthik Subbaraj announced he will be directing the superstar in his next project. "Really can't express my happiness in words. My most treasured dream come true moment. Thanks a lot Thalaivaaaaa," he tweeted on Friday. Title, release date and other details of Karthik and Rajinikanth's project is still awaited. Karthik Subbaraj has previously directed Vijay Sethupathi in films such as Pizza (2012) and Iraivi (2016). His upcoming film is Mercury, which features Prabhu Deva as the principal antagonist. Rajinikanth has neither confirmed nor denied the development so far.

The release of Rajinikanth's 2.0 has been deferred twice so far. It was initially scheduled for Diwali 2017 release, which was delayed due to pending special effects work. 2.0 is the sequel to Rajinikanth and S Shankar's Enthiran, which released in 2010. Rajnikanth will reprise the scientist Vaseegaran and his creation Robot Chitti. Bollywood actor Akshay Kumar plays the primary villain in the film. Apart from Akshay and Rajinikanth, 2.0 also features Amy Jackson, Sudhanshu Pandey and Adil Hussain.

Promoted
Listen to the latest songs, only on JioSaavn.com
2.0 aside, Rajinikanth also has Pa. Ranjith's Kaala in the pipeline. The first schedule of Kaala, which is produced by Rajinikanth's son-in-law Dhanush, was filmed in Mumbai. Kaala is another gangster film, featuring Rajinikanth as a feared but a revered mafia boss.