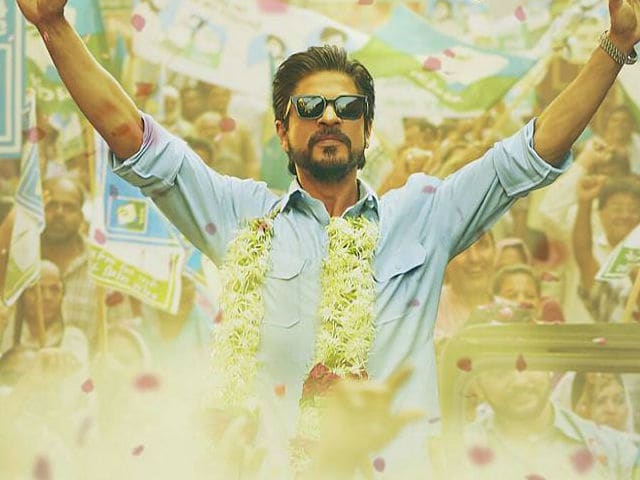 Raees was rescheduled twice and is finally releasing on Wednesday

New Delhi: The first big box office clash of 2017 is here. Shah Rukh Khan's Raees and Hrithik Roshan's Kaabil are set to hit theatres on January 25, a day before Republic Day. Shah Rukh Khan's film was rescheduled twice to avoid clash with Salman Khan's Sultan and Karan Johar's Ae Dil Hai Mushkil. The date was finally set for January 26 and was later revised to January 25, with Shah Rukh saying it was only "logical." Though there were many negotiations between the makers of the two warring films, but Ritesh Sidhwani and Farhan Akhtar (producers of Raees) did not budge; neither did Rakesh Roshan, who is backing his son's film. Result: we'll all see on Wednesday.

In Raees, Shah Rukh Khan plays a liquor baron based out of Gujarat, who believes that there is no greater religion than work - and no occupation is big or small. The Rahul Dholakia-directed feature will document Raees rise and fall and tryst with law, the primary face of which in the film is Nawazuddin Siddiqui, who has vowed to not let Raees bhai breathe easily, ever.

The trailer of Shah Rukh's film sent the Internet into a meltdown of sorts as it was viewed more than 10.5 million times in 24 hours. And why not? It was pretty impressive. If you've still not seen the trailer of Raees, then click below:


The next big step the makers of Raees took was to introduce a peppy track which resonated with the audience - the remake of popular song Laila O Laila. The new song is a revamped version of Qurbani song which was picturized on Zeenat Aman. In Shah Rukh's film, Sunny Leone steals the show as new age Laila.

Promoted
Listen to the latest songs, only on JioSaavn.com
Shah Rukh next introduced his co-star, Pakistani actress Mahira Khan with two songs - a romantic number O Zaalima and a garba song Udi Udi Jaye. But it was Shah Rukh's latest publicity gimmick which made headlines like never before. He travelled to New Delhi from Mumbai in a train. Shah Rukh arrived in Delhi a day before the film's release.

Shah Rukh Khan was seen in last year's Fan, directed by Maneesh Sharma, which did not do well. He had an extended guest appearance in Gauri Dhinde's critically acclaimed Dear Zindagi too. Shah Rukh is now working on Aanand L Rai's film in which he'll reportedly be seen as a dwarf and his next film up for release is Imtiaz Ali's Rahnuma with Anushka Sharma, which releases on August 11.