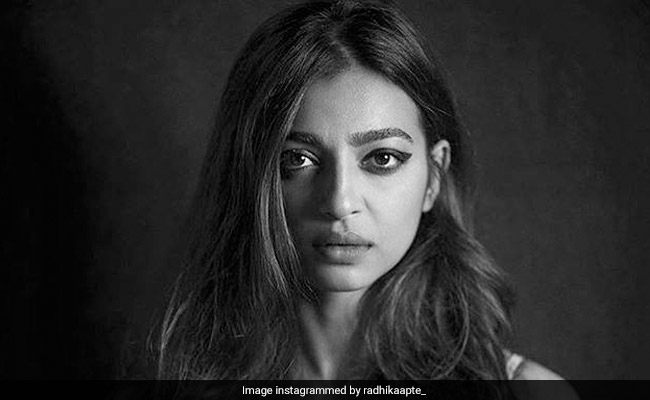 Radhika Apte "admires" Priyanka Chopra for 'fighting many battles' in Hollywood, the actress told news agency IANS. Radhika, who has never shared screen space with the international celebrity, said that Priyanka is doing an "amazing" job internationally. Speaking at an event in New Delhi, the 33-year-old actress said: "I admire whatever Priyanka is doing. She is doing an amazing job. She has been in Hollywood for a while and has fought so many battles there." Priyanka, who forayed in Hollywood with Baywatch, had mentioned in an interview to InStyle how she lost out on a role because of her skin colour. "It happened last year. I was out for a movie, and somebody (from the studio) called one of my agents and said, 'She's the wrong-what word did they used?-'physicality,'" the actress had revealed.

"So in my defense as an actor, I'm like, 'Do I need to be skinnier? Do I need to get in shape? Do I need to have abs?' Like, what does 'wrong physicality' mean? And then my agent broke it down for me. Like, 'I think, Priy, they meant that they wanted someone who's not brown.' It affected me," she added.

Priyanka Chopra, who featured in American TV show Quantico has to Hollywood films in the line-up - A Kid Like Jake and Isn't it Romantic?.

Radhika Apte, who was recently seen in Netflix series Ghoul, expressed her desire to see Indians in Hollywood getting to play all kinds of roles. She also feels that there is a dearth of South Asian women in the world cinema "I want our generation to break stereotypes and I want Indians who are making their foray in Hollywood to get all kinds of roles," Radhika told IANS. She also added: "It does not mean if you are brown in colour, you will only get to play Indian characters in International films. This cliche thinking should be broken."

"If you go to Canada or Los Angeles, you will get to see many South Asians there but on screens they are so less in number. It is abnormal not to have much South Asians on screens. We need more people."

Meanwhile, Radhika Apte will also make her Hollywood debut in Michael Winterbottom's The Wedding Guest, which also features Dev Patel. The film premiered at the Toronto International Film Festival (TIFF) recently, which was attended by the cast of the film.

Radhika Apte is awaiting the release of AndhaDhun, which also features Ayushmann Khurrana and Tabu in pivotal roles. She also has Bazaar , starring Saif Ali Khan, in the line-up.