Radhe Shyam Poster: Love In A Cold Climate For Prabhas And Pooja Hegde

"This love story will forever be etched in your hearts," wrote Pooja Hegde sharing the poster on Instagram 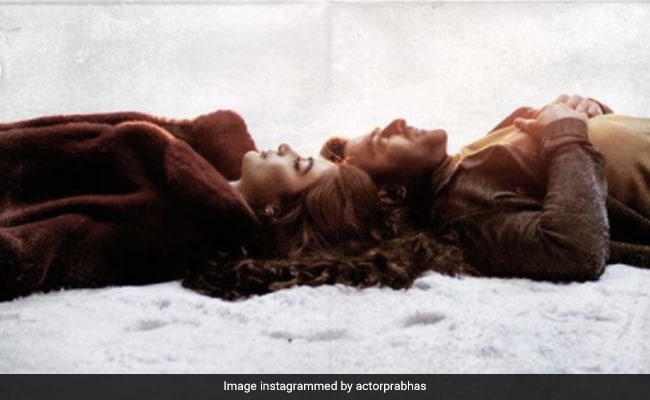 Prabhas has a very pleasant present for his fans on the occasion of Maha Shivratri. The actor began the auspicious day by treating his fans to a new poster of his much-awaited film Radhe Shyam. Prabhas and his co-star Pooja Hegde Instagrammed the poster on Thursday morning. "On the auspicious occasion of Maha Shivratri, delighted to share new poster from #RadheShyam with you all," wrote Prabhas in the caption of his post. The new poster captures the warmth of Prabhas and Pooja's love in the midst of the frost. In the poster, they can be seen lying on a thick layer of snow yet radiating warmth through the warmer tones of their ensembles. Both Prabhas and Pooja, can be seen wearing shades of reddish-brown in the new poster. The rest of the background of the poster is complete with the snow and snow-capped tree branches.

Check out the new poster here:

While, Prabhas simply extended Maha Shivratri wishes in his caption, Pooja chose to give a brief description of the "love story," that fans will get to see in the romantic flick. "Some call it madness, we call it love. This love story will forever be etched in your hearts! Team #RadheShyam wishes you all a very Happy #MahaShivratri! #30JulWithRS," Pooja wrote in the caption of her post.

Radhe Shyam has been directed by Radha Krishna Kumar and it marks Prabhas and Pooja's first collaboration. The romantic-drama has been produced by UV creations. Besides, releasing in Hindi, the film will also release in Telugu, Tamil, and Malayalam. The film is slated to release on July 30 this year.