R Madhavan Wants To Direct Son Vedaant In A Biopic On Him, If Made

R Madhavan will make his debut as a director in upcoming film Rocketry: The Nambi Effect. 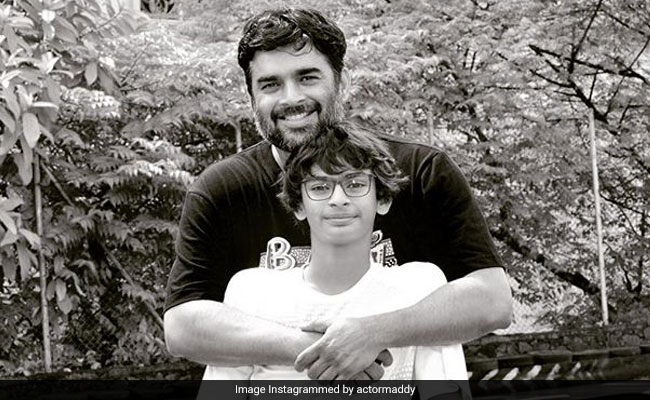 Actor R Madhavan, who is currently busy with Rocketry: The Nambi Effect, in which he debuts as a director and also stars in the lead role, says that if a biopic on his life is made, he would want to direct it. Madhavan was speaking on Famously Filmfare - Tamil. But Madhavan directing a biopic on himself is not the best part of the deal. The 48-year-old actor said on the web-based talk show, "I would want to direct my own biopic and want my son (Vedaant) to play my character." Vedaant is all of 13-years-old and he is currently studying in Mumbai.

Madhavan hasn't talked about his son's potential career in films in any interview before. From Madhavan's Instagram updates, it is known that Vedaant is excellent in sports and he has also represented India at an international swim meet where he won a bronze medal.

When your Boy can't sleep the whole night after meeting both his Idols on the same day... @iamsrk @m_phelps00

Here are some more posts about Vedaant, shared by Madhavan on social media:

Proud moment for Sarita and I as Vedaant wins his first medal for India in an international swim meet in Thailand today. Thank you for all your blessings .

Boy wins his first Gold at the Nationals for the 100 m free style...God grace and thank you all for your blessings.Proud , grateful and Humbled

R Madhavan's work schedule is currently dedicated to Rocketry: The Nambi Effect, which is due to hit the screens in the summers next year. The film is based on the life of former Indian Space Research Organisation (ISRO) scientist Nambi Narayanan, who was falsely accused of espionage and arrested. The charges against him were dismissed by the Central Bureau of Investigation in 1996, and the Supreme Court of India declared him "not guilty" in 1998.