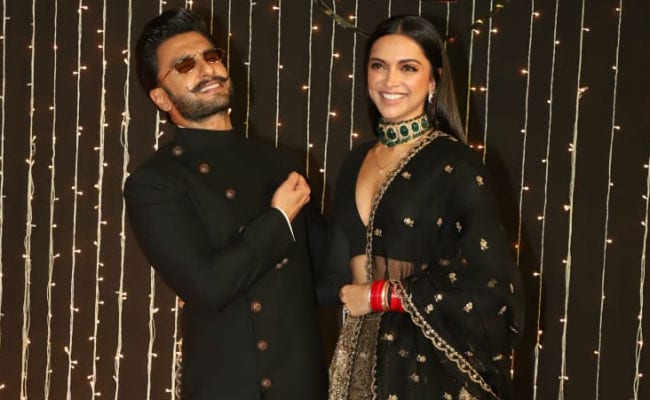 Ranveer Singh has won many hearts yet again with his latest comment on wife Deepika Padukone's Instagram post, which she shared recently to update about her forthcoming film Chhapaak. "Proud of you, baby," read Ranveer's comment on Deepika's post. In Chhapaak, Deepika portrays the role of acid attack survivor Laxmi Agarwal. On Monday morning, the 32-year-old actress summed up the film's plot with social media posts and wrote, "A story of trauma and triumph. And the unquashable human spirit." Apart from "proud of you, baby," Ranveer also posted some clapping emoticons on his wife's post, which is certainly melting several hearts (ours too).

Ranveer's comment was embraced by the couple's fans and responses like "you have my heart" and "uff you guys" have been posted.

A couple of weeks ago, the Internet just wanted to 'clone' Ranveer Singh for his on point romance. Didn't get it? We'll tell you. "Baby mama cover Forbes" and "combusts" were some of the other comments of Ranveer on Deepika's other posts.

What's that puddle on the floor? Oh, it's your heart.

Meanwhile, the aforementioned film Chhapaak is directed by Meghna Gulzar and Vikrant Massey has been cast opposite Deepika. Laxmi Agarwal, whom Deepika plays in the film, is now a TV show host and a campaigner with Stop Acid Attacks.