To many in India, the plot twist amounts to a betrayal by Priyanka Chopra 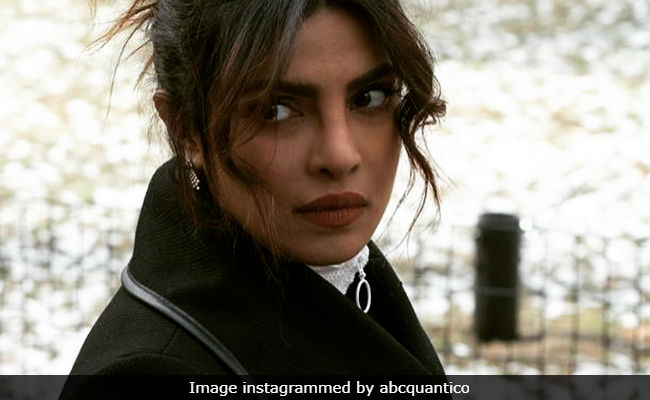 New Delhi: When Priyanka Chopra bagged a role as the protagonist of an American television show, she was showered with praise in her native India for making a leap into the Western entertainment industry that few other Indian actresses had.

But a recently aired episode of the show, Quantico, has angered many Indians. In it, her character, a young FBI agent called Alex Parrish, foils a plot by Indian nationalists to carry out a nuclear attack in Manhattan and frame Pakistanis for it days before a summit on Kashmir - a Himalayan territory that both India and Pakistan claim as their own and have fought three major wars over. Chopra's character thwarts the plot after noticing a Hindu symbol - the rudraksha - on a chain worn by one of the terrorists.

To many in India, the plot twist - implicating Indians in a terrorist act, especially over the touchy issue of Kashmir - amounts to a betrayal by Chopra, who many here see as a quasi-ambassador for India in the West.

The uproar over the episode comes at a time when India's government is trying to publicly distance itself from extremist Hindu organizations.

Recently, a member of Modi's Bharatiya Janata Party offered a bounty for beheading a top Indian actress for starring in a movie that he believed would depict a Hindu community negatively.

Modi was also criticized in 2017 for appointing as the leader of India's largest state a Hindu cleric who in the past has been quoted as saying, "If they [Muslims] kill one Hindu man, then we will kill 100 Muslim men."

But many argue that Pakistani terrorism has no equivalent in India. "Wow. Power of the global jihad industry. Tainting Hindu nationalism through #Hollywood to cover up for world's greatest terror exporter, Pakistan. Amaze. #Quantico" tweeted Abhijit Majumder, a prominent Indian journalist.

"Have the makers of 'Quantico' outsourced scriptwriting to Digvijaya Singh?" quipped Anuj Dhar, an Indian author, referring to an Indian politician known for discouraging belligerent statements against Pakistan.

Chopra, who has appeared in more than 50 movies, mostly in Bollywood, faces huge pressure to depict India positively abroad. She was trolled in India when she visited a Rohingya refugee camp in May for spotlighting the suffering of Muslims rather than visiting persecuted Hindus. She was also recently criticized for baring her legs in a meeting with Modi, with many saying online that her wardrobe choice at the meeting offended conservative Indian sensibilities.

Chopra has spoken about wanting to break stereotypes about India. In 2014, she told the Guardian, "We don't talk like Apu from The Simpsons, and there's more to the world's biggest democracy than henna and sparkly clothes."

The episode at issue aired Friday. In May, ABC canceled Quantico because of low ratings.

(Except for the headline, this story has not been edited by NDTV staff and is published from a syndicated feed.)
Comments
priyanka chopraquanticoquantico plot twist