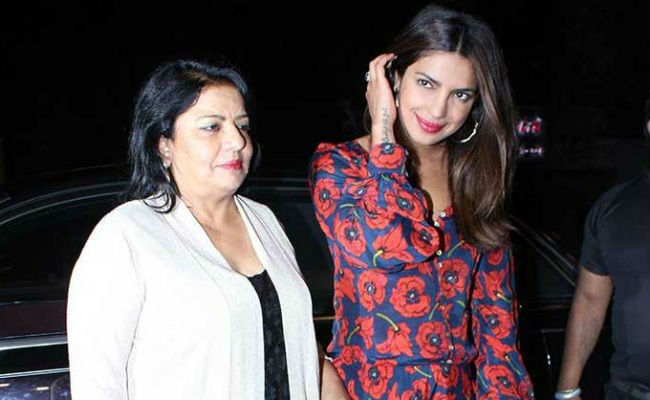 Priyanka Chopra photographed with her mother Madhu Chopra in Mumbai.

Actress Priyanka Chopra's mother Madhu Chopra on Wednesday responded to the notice for illegal construction that was issued by the Brihanmumbai Municipal Corporation (BMC), saying that they are cooperating with the officials, a spokesperson said. Ms Chopra's statement comes a day after the BMC pulled up the Quantico actor for allegedly carrying out illegal constructions at her spa and salon in suburban Oshiwara.

"We have received the notice from the BMC. We are coordinating with the officials and have already taken the required appropriate measures," a spokesperson for Madhu Chopra said in a statement.

On Tuesday, a civic official said the BMC received complaints of alleged irregularities in the construction of Charishma Beauty Spa and Salon, owned by the 34-year-old actor. If Priyanka Chopra fails to comply with the notice, the BMC will demolish the illegal alterations, he said.