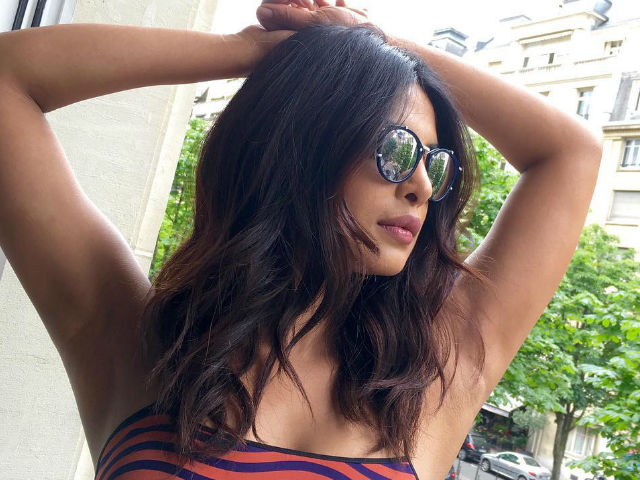 This image was posted on Instagram by Priyanka Choopra

Mumbai: Actress Priyanka Chopra's latest magazine cover, in which she sports a t-shirt with the words refugee, immigrant, outsider and traveller, has not gone down well with some, who took to social media to slam it as "insensitive."

The 34-year-old Quantico actress' plain white t-shirt features refugee, immigrant, outsider, traveller arranged one below another but the first three words are struck off with a red line, suggesting that Priyanka is a traveller.

Oh, I'm sorry, I wasn't aware that being a refugee is a matter of choice...What were you thinking?! @CNTIndia@priyankachoprapic.twitter.com/WuyZv2iwp5

@CNTIndia@priyankachopra offensive t-shirt. With 65 million ppl displaced, highest no. since WWII, to pretend as if it's a choice. #nonPC

Unlike travelling, being a refugee is not a choice. It's a matter of survival. She sure is bold & fearless for wearing that distasteful tee https://t.co/gYnlXW412e

However, there were others who thought the cover was not offensive or insensitive.

@priyankachopra@CNTIndia such an inspiring Msg on TShirt, i don't undrstnd why people are offended with it? Call them all travelers

Promoted
Listen to the latest songs, only on JioSaavn.com
Priyanka Chopra recently entered Forbes' list of the highest paid television actress. She is currently basking in the success of the second season of Quantico. Priyanka is also awaiting the release of her first Hollywood film Baywatch in which she plays an antagonist opposite Dwayne Johnson.