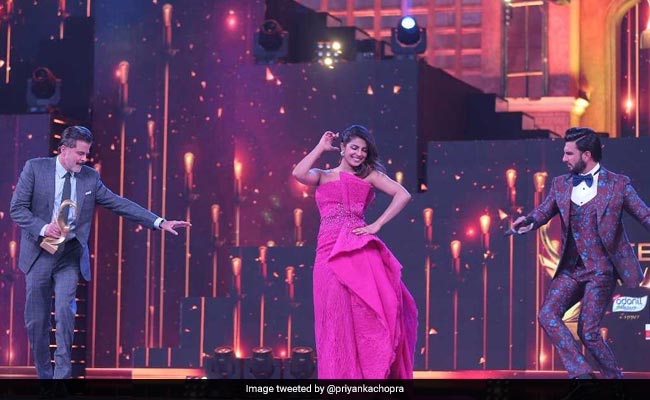 New Delhi: Tuesday was a glitzy night at the Zee Cine Awards in Mumbai with the creme-de-la-creme of Bollywood arriving to the award show. Our favourite desi girl Priyanka Chopra (always a stunner) stole the limelight and had generous amounts of stardust sprinkled. The Baywatch actress made the award night extra special with her spectacular dance performance and jhatkas - matkas. Priyanka shared a glimpse of her scintillating dance performance on stage, which will definitely leave you awe-struck. "Leap of faith... Thanks @GANESHHEGDE and your amazing troupe of dancers...you made this act spectacular, this was special," read Priyanka's photo caption. Take a look:

Leap of faith... Thanks @GANESHHEGDE and your amazing troupe of dancers...you made this act spectacular.. this was special pic.twitter.com/wbnz65lO41

Priyanka had a reunion on stage with her Dil Dhadakne Do co-stars Ranveer Singh and Anil Kapoor. The trio were seen recreating the Galla Goodiyaan moment (of course, what else) on stage. "Dil Dhadakne Do Reunion on stage! Never a dull moment with these two," wrote Priyanka and we can't agree more.

#DDDReunion on stage! Never a dull moment with these two @AnilKapoor@RanveerOfficialpic.twitter.com/hxoKhThdm2

Priyanka also shared some amazing back stage pictures - one in which she can be seen dancing like no one's watching and the other with choreographer Ganesh Hedge.

The calm before the storm that was created on stage... #JhatkasAndMatkas@GANESHHEGDEpic.twitter.com/4Uk9h79vby

"Trailers, actors, dancers, technicians, Walkie Talkies, speakers... in the midst of it all... there is a moment of stillness before the chaos reigns again. Breathe. Shine on," Instagrammed Priyanka.

Trailers, actors, dancers, technicians, Walkie Talkies, speakers... in the midst of it all... there is a moment of stillness before the chaos reigns again. Breathe. Shine on. Thank you @stylebyami, @hairbypriyanka, @anilc68, @zuhairmuradofficial, @niravmodijewels #BackstageLife #ZCA @zeecineawards

Katrina Kaif, Alia Bhatt, Shahid Kapoor, Sridevi and Karan were the other stars, who attended the Zee Cine Awards on Tuesday. 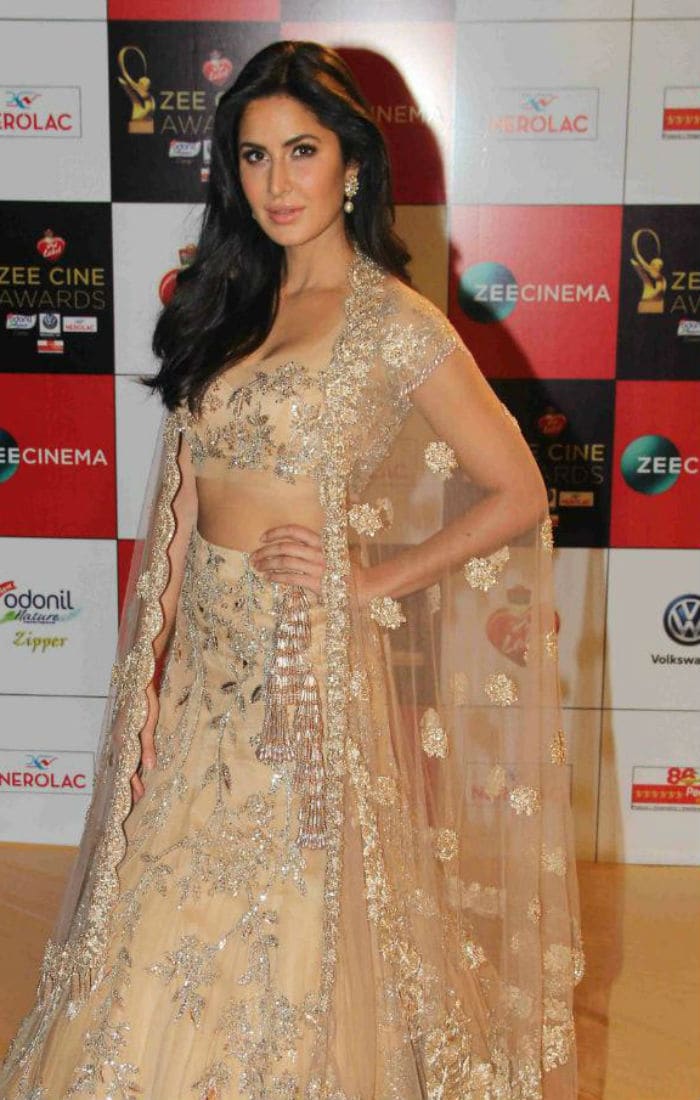 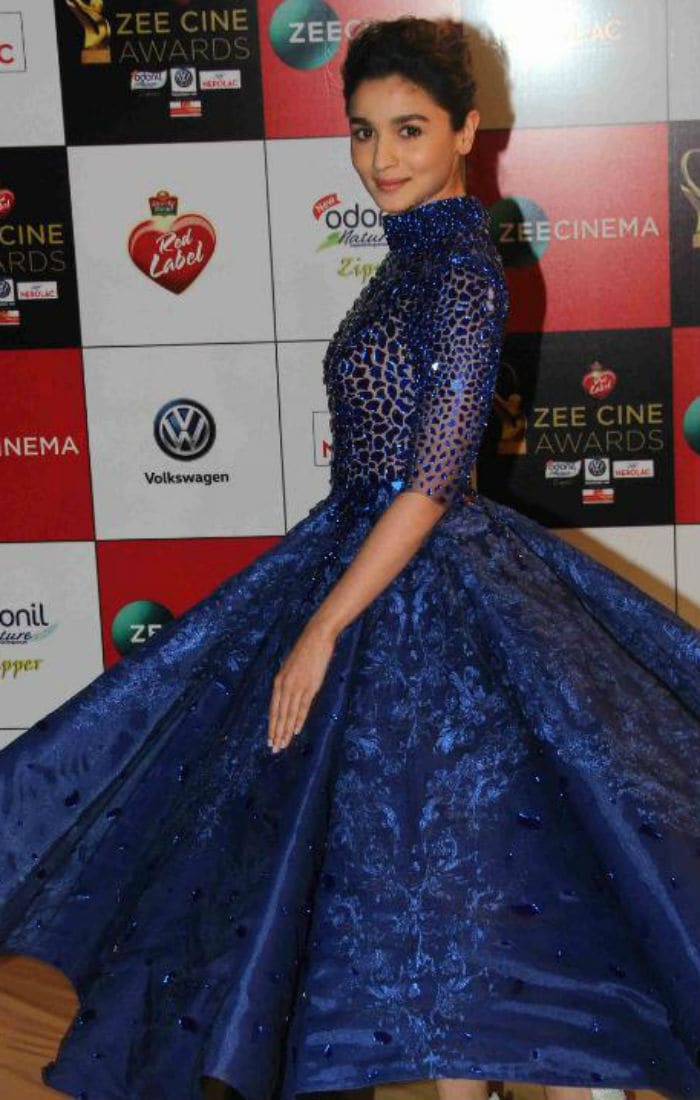 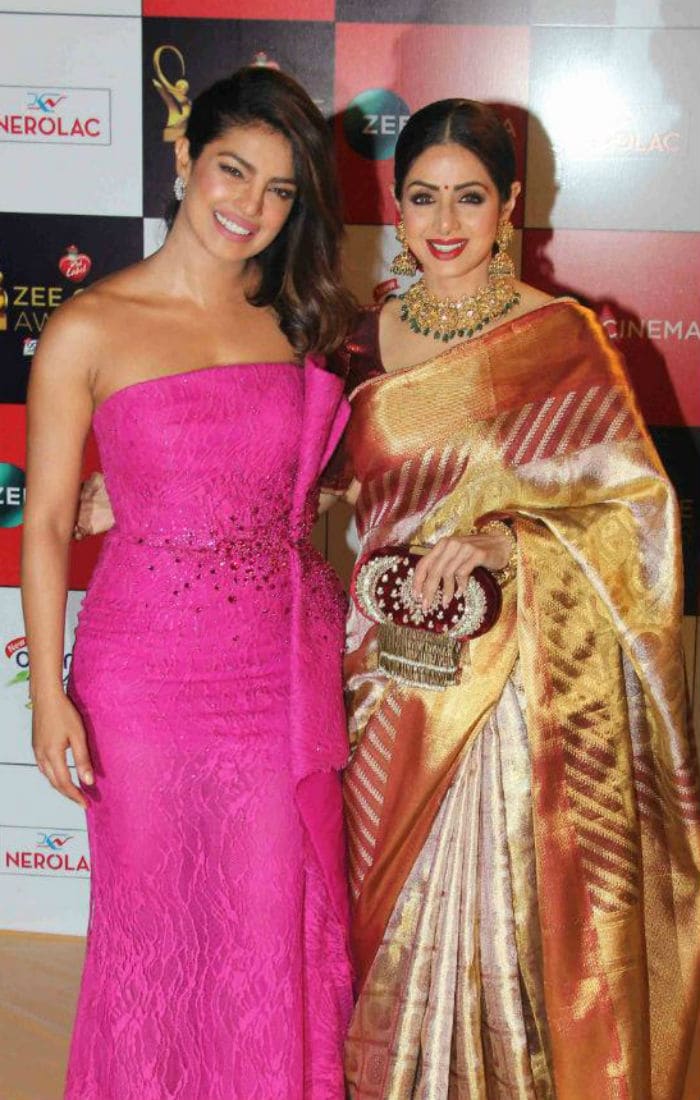 It was recently reported by mid-day that Priyanka Chopra is paid Rs. 4-5 crore for her five-minute dance performance at awards event. A source told mid-day: "Priyanka's act will be about five-minute long. Since she is so much in demand, the organisers did not negotiate on the price her team quoted, despite it coming to almost a-crore-a-minute."

Priyanka is the face of popular TV series Quantico and played the villain in Dwayne 'The Rock' Johnson's beach drama Baywatch. Priyanka has two more Hollywood movies in the pipeline - Isn't It Romantic? with Liam Hemsworth and A Kid Like Jake with Jim Parsons.