Mumbai: Though she is nowadays more accustomed to rocking the red carpet, Priyanka Chopra will perform to Bollywood songs on stage for the first time in two years. What seems to have changed the actor's mind is a film award show's willingness to match her steep asking price, which, sources have told mid-day, is around Rs 4-5 crore for a five-minute routine. 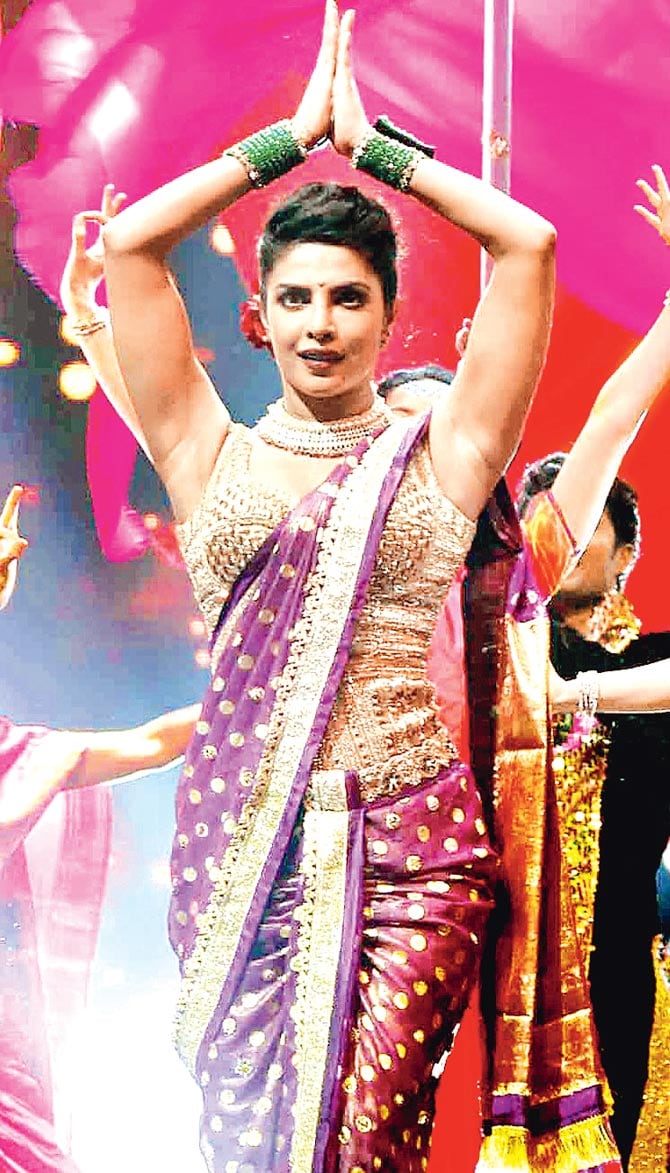 Given that she is a global sensation and a darling of the international media, it takes quite a lot to lure Priyanka Chopra back into the Bollywood mould. The organisers of Zee Cine Awards know this all too well. The desi-girl-turned-global-star is all set to perform at the awards gala on December 19. Turns out, bringing the superstar on board hasn't been too easy on the pockets of the organisers. According to sources, Chopra will be paid around Rs 4-5 crore for the act.

An insider informs, "Priyanka's act will be about five-minute long. Since she is so much in demand, the organisers did not negotiate on the price her team quoted, despite it coming to almost a-crore-a-minute." The source adds that the organisers knew her performance would be one of the biggest attractions of the event, given that she is performing on home turf after two long years. "Since Priyanka's last performance was at the Producer's Guild Awards in 2016, the team has planned a routine that will be the highlight of this award season. She will be dancing to a medley of her chartbusters."

This isn't the first time that award organisers have tried to cash in on the PeeCee hysteria. The organisers of IIFA 2016 were keen on Chopra being a part of their line-up, especially since the awards gala was in New York - where she resides while honouring her international commitments. However, she dropped out of the show because they reportedly failed to cough up the amount she quoted. The source adds, "She is undoubtedly the frontrunner on everyone's wishlist. While several organisers have been trying to get her on board, Zee managed to close the deal. She is landing in India over the weekend. She'll have little time to rehearse, between her ad shoots and other commitments for her production house."

Promoted
Listen to the latest songs, only on JioSaavn.com
Besides Chopra, the other performers at the awards show are Shahid Kapoor and Jacqueline Fernandez. We reached out to Chopra's spokesperson, who remained unavailable till the time of going to press.