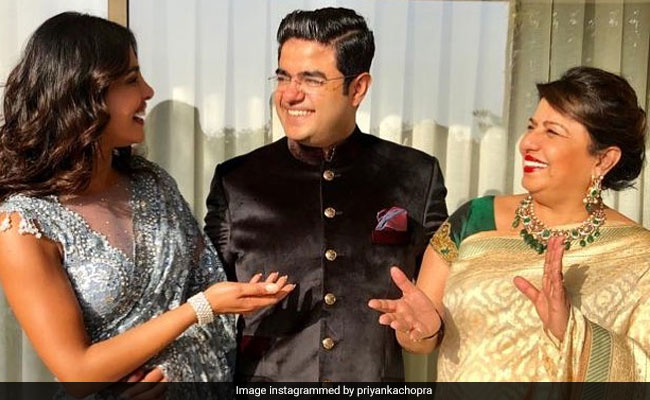 Actress Priyanka Chopra's brother Siddharth Chopra and Ishita Kumar called off their wedding mutually, Madhu Chopra told Pinkvilla on Saturday. Without divulging the details, Madhu Chopra said: "They (Siddharth and Ishita) have mutually called it off." Recently, Priyanka Chopra was in Mumbai and it was reported that she was in town for her brother's wedding. However, the actress left soon after casting her vote and reports of the wedding being postponed featured in headlines. Shortly after that, Ishita Kumar deleted all pictures of Siddharth from her Instagram page, which first set reports of the wedding being called off in motion.

Ishita Kumar also deleted pictures from the roka ceremony, which was held in February this year. In addition, Ishita posted a picture of herself and wrote: "Cheers to new beginnings with a goodbye kiss to beautiful endings." In the comments section, Ishita's mother Nidhi Kumar wrote: "Close old book and write", while her father added: "We are with you. Feel the expanse of the universe and be the star you were born to be."

Siddharth Chopra, who owns a pub in Pune, started dating Ishita Kumar a few years ago. Ishita also appears to have deleted her picture from her last year's New Year's celebration with Priyanka, Siddharth and Madhu Chopra.

Back in the US, Priyanka Chopra attended the Billboard Music Awards with her singer husband Nick Jonas and they later attended Joe Jonas and Sophie Turner's Elvis wedding in Las Vegas.