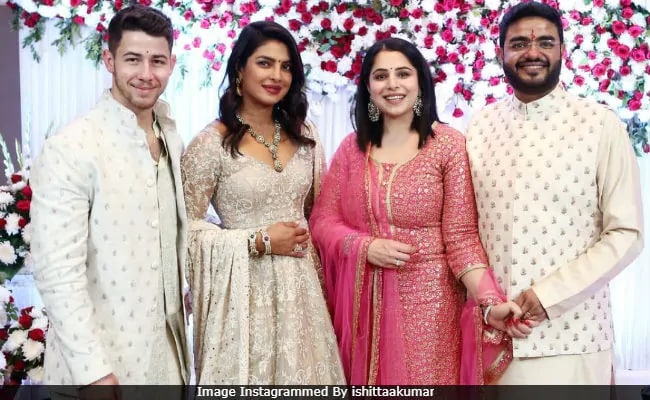 A picture from Ishita and Siddharth's roka, which Ishita has now deleted. (Image courtesy: Instagram)

Days after it was reported that the wedding of Priyanka Chopra's brother Siddharth Chopra to his longtime girlfriend Ishita Kumar has been postponed, several websites, including Hindustan Times and India Today, have reported that the wedding has actually been called off. The reports are based on Ishita Kumar's recent social media activities, including deleting all pictures of herself with Mr Chopra, including the photos of their roka, which was held in New Delhi in February this year. In addition, Ms Kumar posted a picture of herself on Instagram and wrote: "Cheers to new beginnings with a goodbye kiss to beautiful endings." In the comments section, Ishita's mother Nidhi Kumar wrote: "Close old book and write", while her father added: "We are with you. Feel the expanse of the universe and be the star you were born to be."

Siddharth Chopra, who owns a pub in Pune, started dating Ishita Kumar a few years ago and she had posted several pictures of them together on her Instagram page. However, the posts are no longer available. She also appears to have deleted her picture from her last year's New Year's celebration with Priyanka, Siddharth and Madhu Chopra.

Ishita Kumar had to undergo an emergency surgery just days before the scheduled wedding and earlier a source told Mumbai Mirror that the wedding hasn't been cancelled and that the Chopras and the Kumars are looking for another auspicious date for the wedding. Priyanka Chopra, who was in town reportedly for the wedding, took off to the US soon after the aforementioned reports featured in headlines.