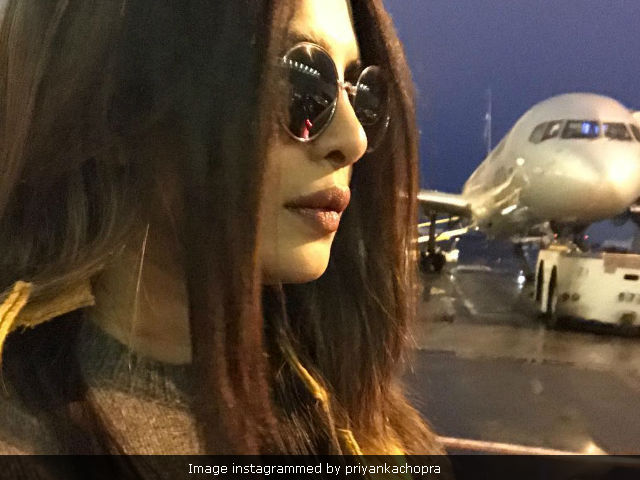 New Delhi: Actress Priyanka Chopra is arguably one of the busiest stars in the globe today but the actress sure knows how to pamper herself. The actress took time out from her hectic schedule for a mini-beach vacation and of course she shared pictures on social media. The 34-year-old actress soaked in the sun during her weekend getaway. Priyanka, star of American television series Quantico, said that all she needed was "sun, sand and chill" and she got that. Priyanka, who vacationed in Goa during the New Year's Eve is back to work land has been filming Quantico after her Christmas break in December.

Sun sand and chill.. all that TLC was much needed. #weekendvibes

Priyanka is currently busy with Quantico currently airing season 2. She plays the role of Alex Parrish, an FBI rookie graduated to CIA.

Promoted
Listen to the latest songs, only on JioSaavn.com
Apart from filming Quantico, Priyanka is busy with the completion of her maiden Hollywood project, Baywatch. The Seth Gordon-directed film stars Dwayne 'The Rock' Johnson and Zac Efron as lifeguards of a famous beach. The film is based on the plot of popular television of the same name which starred David Hasslehoff and Pamela Anderson in lead. In Baywatch, Priyanka stars as the super sassy villain Victoria Leeds who is making the life of the lifeguard group hell. Baywatch releases in May.

Back home, Priyanka, who was last seen in Jai Gangaajal (2016), has promised to sign to Hindi films and she'll reveal details of her projects soon. When in India, Priyanka also appeared on Karan Johar's chat show Koffee With Karan.