Priyanka Chopra, Working From 'Nine To Wine,' Signs Off A 'Bad Day' Like This

Priyanka Chopra shared a snippet what she recently did at the end of a bad day. Ouch! 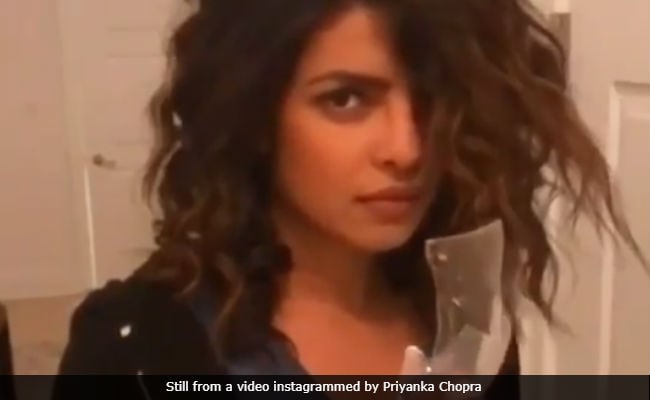 New Delhi: Priyanka Chopra's having a bad day and she's making 'pour' decisions. The 34-year-old actress is currently filming the third season of her hit television show Quantico. She was working from "nine to wine," which damped her mood. Clearly one must not mess with Priyanka when she's in a foul mood. Priyanka shared a glimpse of what a bad day in her busy life may look like in an Instagram video, which is overly melodramatic to say the least. Take a look:

This is what happens when you work from nine to wine... DO NOT TRY this at home I make 'pour' decisions after a bad day! Lol ok ok I'll stop. #causeyouhadabadday #dontpissmeoff #DramaMama PS: breakaway glass! #Moviemagic props to my @abcquantico Prop dept! Thank you. Lol

Okay "Drama Mama" Priyanka, we got you!

The shooting of Quantico season 3 is still underway as the team prepares for season premiere on April 26. Priyanka has shared fabulous pictures from the sets of the show, which divulged tiny bits of information about the plot of season 3. Like the pictures of the cast from the graveyard suggests that the team is probably bidding adieu to one of their members. There's also an undercover task for Alex Parrish (Priyanka Chopra) and her team for which they take a casino detour.

Quantico was just one of the things which kept Priyanka busy for the last few months. Priyanka also wrapped the shooting of her two upcoming Hollywood films - A Kid Like Jake and Isn't It Romantic?. A Kid Like Jake, also starring Jim Parsons, Octavia Spenser and Claire Danes, also screened at the Sundance Festival recently.