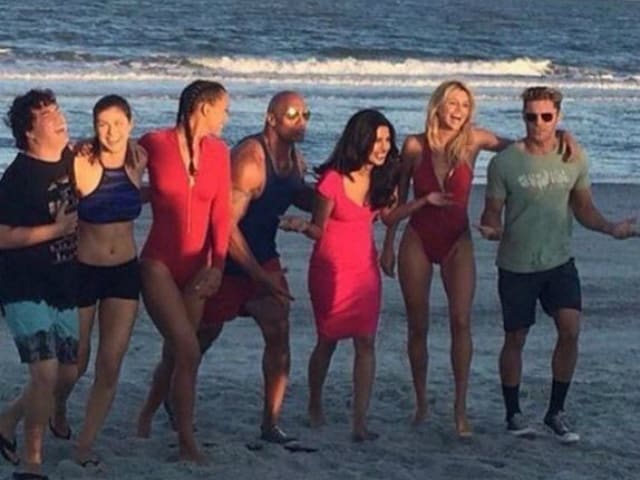 New Delhi: Actress Priyanka Chopra, who is filming Baywatch with Dwayne Johnson in Savannah, Georgia, wished her co-star on his birthday with a wonderful picture from the sets of Baywatch on May 2.

Priyanka, who plays the main antagonist in the beach movie, shared on Instagram:

Haaaaappy birthday DJ.. @therock have a wonderful year and lots of happiness to u.. God bless you and your kind heart. See you back on set.. #Baywatch

Priyanka, who also shared the picture on Twitter, received a reply from the birthday boy:

Luv U sistah! Appreciate you to no end. See ya on set! https://t.co/0Qu4jGsvsB

Actress Pamela Anderson and David Hasselhoff, who starred in the iconic '90s TV show, will also make appearances in the movie.