Priyanka Chopra Will Seriously Miss Being In New York. Her Tweet Says So 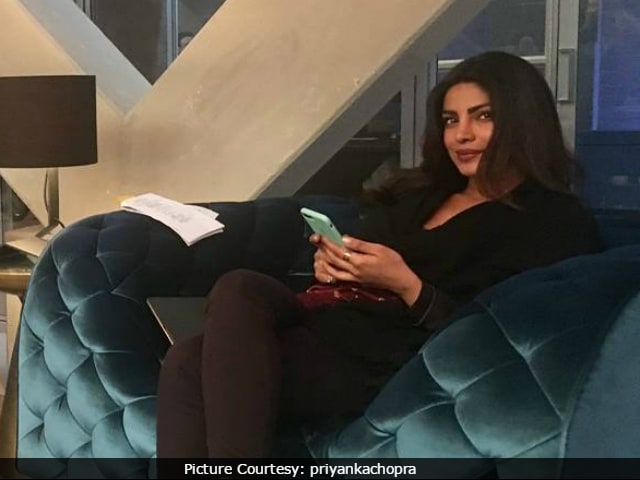 Priyanka will next make her Hollywood debut in Baywatch (Courtesy: priyankachopra)

New Delhi: Priyanka Chopra, who recently wrapped the shooting of the last schedule of the second season of American TV series Quantico, has confessed that she is experiencing 'conflicted emotions' as she is leaving New York this week. The Bajirao Mastani actress had been in the Big Apple, Montreal, shooting for Quantico since 2015 (the shoot for the first season started) and has been calling it her 'second home' many a times. Priyanka tweeted: "Packing up the house is such a conflicted emotion! So many things pop out that u didn't remember. Last official week in NYC until next time." Priyanka, 34, will now return to India. She announced last month that team Quantico was left with the shoot of last two episodes before calling it a wrap, so she had 'many mixed emotions as it's been a long haul.'

Packing up the house is such a conflicted emotion!so many things pop out that u didn't remember..Last official week in NYC until next time..

Last 2 episodes before we finish shooting for the rest of #quantico season 2! So many mixed emotions.. it's been a long haul...

Priyanka received People's Choice Award for Favorite Actress in a New TV Series for Quanticothis year. After her stay in India, she will fly back to the US in May to promote her upcoming Hollywood debut movie Baywatch, co-starring Dwayne Johnson and Zac Efron. Baywatch is set to hit the theatres on May 10.

Promoted
Listen to the latest songs, only on JioSaavn.com
Priyanka was also asked if she plans to welcome Team Baywatch in India. Priyanka was quoted by news agency IANS as saying, "I don't know yet. It seems very difficult. I don't think we will be doing much. We will be only doing one or two countries when it comes to travelling for Baywatch, but I don't know yet what the marketing plan by Paramount Pictures is, but while I am in town, I will definitely do as much as I can. I don't know about the rest of the team."

Priyanka Chopra, whose last Bollywood film was Jai Gangaajal, will decide on her upcoming Bollywood projects during her stay in India, reported news agency IANS. She will also reportedly wrap up work with her brand endorsements when in India.