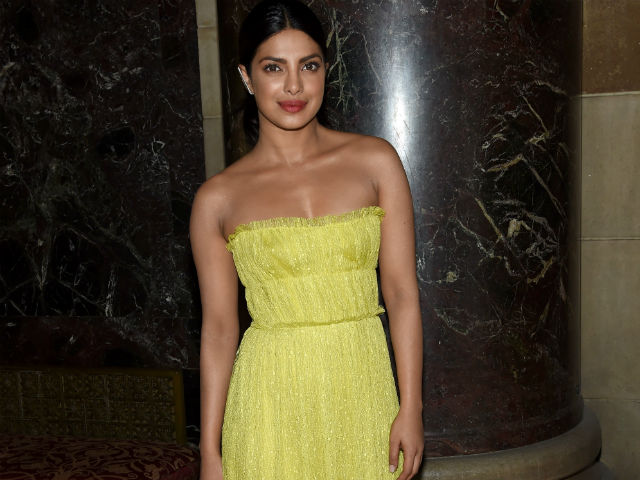 In a photograph that has surfaced online, Priyanka can be seen sharing a light moment with the Thor star outside the Microsoft Theater here.

Priyanka can be seen wearing an off-shoulder white top and blue denims in the image, while Tom is sporting a dark blue T-shirt and a pair of black jeans.

Priyanka, who found fame in the West after starring in the popular American TV series Quantico, Instagrammed a blurry image from the rehearsals of the award ceremony, which will take place on Sunday evening here.

Rehersals #Emmyswithpc keep guessing... Btw the blur is the point!

Apart from the image, a lot of fans commented on the post guessing that the person standing next to the Bajirao Mastani star is none other than Tom.

Priyanka had earlier given a sneak peek into the dress that she will be sporting at the Emmys on Instagram.

What am I gonna wear tomorrow.. #EmmyswithPC ... Decisions decisions...

Earlier this year, Priyanka made her debut at Oscars by presenting the award for Best Film Editing.

Promoted
Listen to the latest songs, only on JioSaavn.com
She will also make her Hollywood debut in a negative role in Baywatch -- the big screen version of the globally popular TV series -- also featuring Dwayne Johnson and Zac Efron.

"Gonna Close My Eyes And Walk Through This," Writes COVID-Positive Rupali Ganguly