Priyanka Chopra Went To The Sundance Fest. Up Next, Oscar Nominations 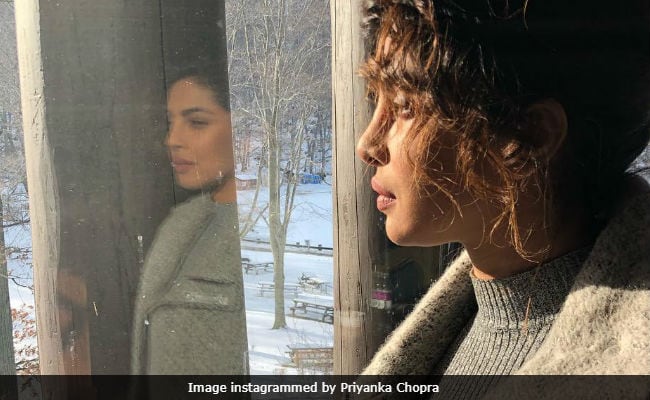 New Delhi: Priyanka Chopra, who is all set to announce Oscars 2018 nominations later today, was busy with the team of A Kid Like Jake at the Sundance Festival in Lake City, Utah the last few days. The 35-year-old actress along with Michelle Rodriguez, Rebel Wilson and Rosario Dawson will do the honours tonight while the award ceremony has been scheduled for March 4. But till then, we have pictures of Priyanka and her A Kid Like Jake - Claire Danes, Octavia Spencer and Jim Parsons - having a blast at the Sundance Film Festival. After a short break in December Priyanka resumed filming the third season of her popular television show Quantico.

And then it was time to get set for the Sundance Film Festival:

Priyanka debuted in Hollywood in last year's Baywatch and later signed up for A Kid Like Jake and Isn't It Romantic?.

Promoted
Listen to the latest songs, only on JioSaavn.com
Last year, while announcing the selection of A Kid Like Jake in the Sundance line-up, Priyanka said: "When I read the script of A Kid Like Jake, I knew immediately that this was a story I had to be a part of. A story that needed to be told and seen." The film chronicles the life a four-year-old boy, who is gender variant, and is about to start kindergarten. A Kid Like Jake is directed by which Silas Howard, whose television credits include shows such as This Is Us and Transparent.

1/2 When I read the script of #AKidLikeJake, I knew immediately that this was a story I had to be a part of.. A story that needed to be told and seen..And now it's been selected for @sundancefest !!! I can't wait for you all to see this amazing lil film we've made. pic.twitter.com/mted86NCci

Priyanka Chopra is expected to resume filming Quantico season 3 soon. She shared some behind-the-scenes pictures from the upcoming episodes of the series, which were mind-blowing, to say the least.
Comments
priyanka choprapriyanka chopra oscarspriyanka chopra sundance film fest