Priyanka Chopra To Suhana Khan: 6 Celebs On The Complicated Issue Of Body Image

When actresses boldly shared their experiences regarding body issues 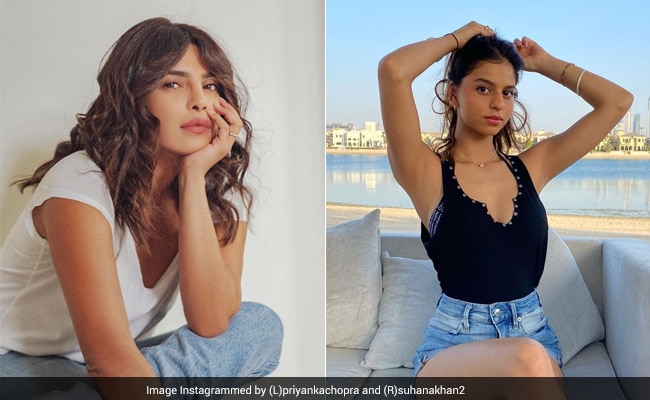 Priyanka Chopra Jonas has recently opened up about body issues faced by celebrities. The actress said that she does get affected by the way her body has changed due to ageing. “Well, I won't lie that I don't get affected by it. My body has changed as I've gotten older, just as everyone's body does, and I've had to adapt mentally as well with like, OK, this is what it looks like now, this is what I look like now, it's alright, and catering to my now body and not my 10-or 20-years-ago body,” Priyanka said during an interview with Yahoo Life. The global icon added that she just tries to remind herself that she is loved by all and it makes her feel good from the inside.

Apart from Priyanka, there are several other Indian celebrities who have echoed similar sentiments in the past. Here are some instances when they weren't hesitant to talk on the subject.

The Parineeta star told The Times of India how she felt when her “weight had become a national issue.” Vidya added, “I wouldn't say that I am at a stage where my fluctuating weight doesn't bother me anymore at all. But I have come a long way.” The actress also disclosed that she suffered from hormonal issues all her life.

Ileana called body shaming a deeply ingrained scar. During a conversation with Bollywood Bubble, the Barfi actress pointed out how it affected her since childhood. “Went through body-shaming right from the time I was 12. I had just hit puberty and growing up. You are hit with these weird comments. And people are passing comments about your body and saying, 'Oh My God, why is your butt so big?' And I am like, 'What do you mean?'” she said. Adding to how she deals with it now, Ileana said, “What you feel about yourself is most important. And it's something I tell myself every single day.”

Sonakshi has been vocal about body shaming. The actress told Cosmopolitan about how she was called names by boys in childhood for being overweight. Sonakshi added that she was trolled even after losing weight during the release of her debut movie, Dabangg. The actress added that she convinced herself to not let anyone take her down anymore.

In an essay for Buzzfeed, Sonam spoke at length about the scrutiny she had to often face. The actress talked about how she was trolled for being tall and dark at a family gathering. “Of course, scrutiny of female bodies isn't new, or even restricted to celebrities. I mean, raise your hand if you've ever been called “healthy” by a relative, or been given unsolicited advice by a friend about how to lose weight,” the actress said.

Shah Rukh Khan's daughter Suhana opened up about being shamed for her complexion. In an Instagram post, she shared screenshots of hate comments and voiced her opinion on colourism.