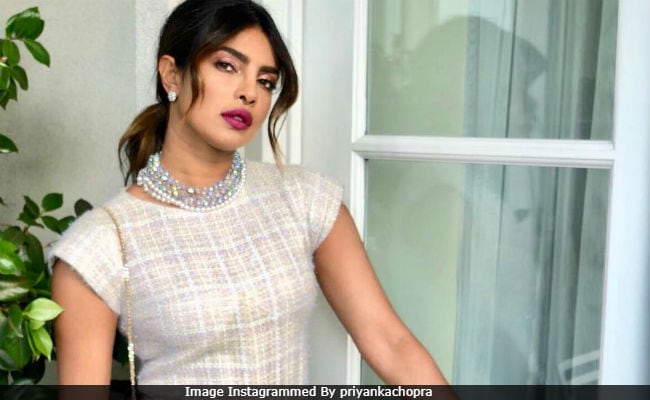 Actress Priyanka Chopra will be playing the role of spiritual leader Ma Anand Sheela (Osho's disciple) in her next Hollywood project, which will be directed by Oscar-winning director Barry Levinson. Priyanka revealed about the project on The Ellen DeGeneres Show, a clip from which surfaced on the Internet on Wednesday. "I am developing a feature with Barry Levinson. He is an iconic American director. We are developing it (from the perspective of) Sheela who is this guru who originated from India. She was his right hand woman and she was devious. She created a whole cult in America. He was called Osho. I don't know if you've heard of him. It was amazing. I am developing that next for me to star in and produce," Priyanka says in the video, reports news agency IANS.

During the show, the host Ellen DeGeneres also mentioned about Netflix's documentary Wild Wild Country, which was also based on Osho's community. "It's a really interesting story," she tells Priyanka.

Meanwhile, Priyanka, who married Nick Jonas in December, also opened up about their love story. "He DMed me, actually. So millennial of us! He DMed me on Twitter, saying: 'I've heard we should connect... I've heard from common friends that we should meet. What do you think about that? I was like, 'just text me'," Priyanka said.

Tomorrow, @PriyankaChopra tells me how her husband @NickJonas slid into her DMs.

Baywatch and A Kid Like Jake are some of Priyanka Chopra's other Hollywood films. She also played an important role in the American TV series Quantico. Her next Bollywood film is Shonali Bose's The Sky Is Pink.