Priyanka Chopra Says She Is A 'Little Tired' But Won't 'Quit' 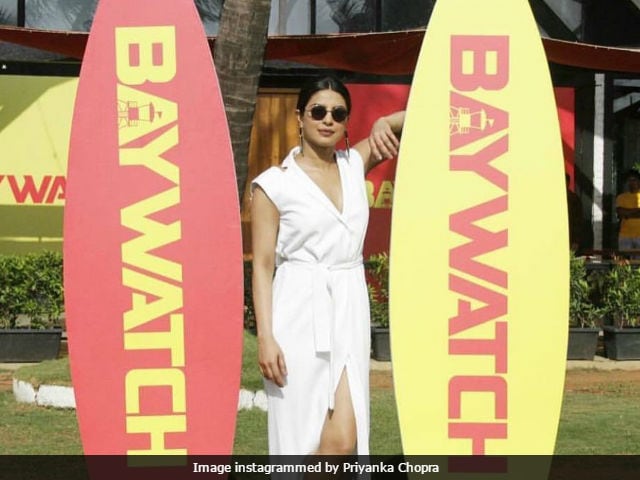 New Delhi: It is not easy to live Priyanka Chopra's life. For the last two years, the 34-year-old actress shuttled between India and USA for her work commitments. Priyanka's American television show Quantico first aired in September 2015 when she was still filming Bollywood film Jai Gangaajal and awaiting the release of Bajirao Mastani. In 2016, Priyanka was mostly settled in the USA but came home for a short break in December. Priyanka told mid-day she feels a 'little tired' but "being tired is for the weak." The actress added: "I will quit if I am satisfied. I am finally in a space where I am getting some incredible work from both countries (India and USA). I tend to get bored easily when I do the same things for a while. But yes, I have lots to do and am achieving it bit by bit. I have miles to go before I sleep."

Priyanka Chopra wrapped the second season of Quantico in April and is awaiting the release of her first Hollywood film Baywatch, which also stars Dwayne 'The Rock' Johnson and Zac Efron. "I decided to do Baywatch because it was exciting for me to play villain opposite six gorgeous lifeguards. It's an ensemble. I have watched the film, it's hilarious," she told mid-day.

Of Baywatch's promotion, Priyanka said it's difficult for the team to promote the film in India. "I already know that the next month will be crazy. We are planning to promote separately so that we can cover more (cities). We are doing two premieres - Berlin and Miami. It will be a good month of travel and madness," Priyanka said, reports mid-day. Baywatch will release on May 25.

Promoted
Listen to the latest songs, only on JioSaavn.com
Priyanka said that the thought of failure doesn't haunt her but, "I get grumpy when I fail, but I am not afraid to face it with the same sentiments of a debutante." Priyanka Chopra also debuted as a producer recently with Marathi film Ventilator and went to make Punjabi film Sarvann. Ventilator recently won three National Awards.

Priyanka Chopra hasn't announced her next Bollywood project but reports suggest that she will star in astronaut Kalpana Chawla's biopic.