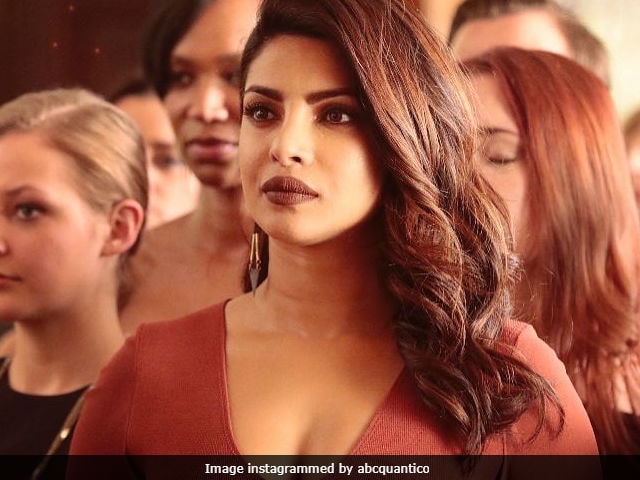 New Delhi: Actress Priyanka Chopra returned to Forbes List of Top 10 Highest Paid TV Actresses this year at position #8. Priyanka "takes advantage of her worldwide appeal," stated the Forbes report. The report also revealed that endorsements are Priyanka's most 'consistent money-maker.' Priyanka Chopra debuted on the list last year and though she took a drop of a million earing-wise, she held on to the eighth spot. Meanwhile, actress Sofia Vergara topped this list (with $41.5 million in her pocket) for the sixth consecutive year courtesy of her licensing deals and plethora of television shows such as Modern Family and Killer Women, which she produces. Kaley Cuoco of The Big Bang Theory stood second and took home nearly half of what Sofia Vergara earned - $26 million. Ellen Pompeo of Grey's Anatomy ranked third and earned $13 million in the same time period. House Of Cards Robin Wright and NCIS' Pauley Perrette rounded off the Top 10 list.

Priyanka became a household name in the West after starring in ABC's Quantico, which was renewed for the third season in May, despite low viewership and TRPs. Quantico's rating has gone down by 45 per cent from season 1 to season 2 and its viewership dropped by 36 per cent, according to a report in Variety magazine. It was also reported back then that Priyanka took a pay cut to ensure the show doesn't go off air as she need publicity for then soon-to-release Hollywood debut film