Priyanka Chopra, Nick Jonas And Family In A Postcard-Worthy Pic From London 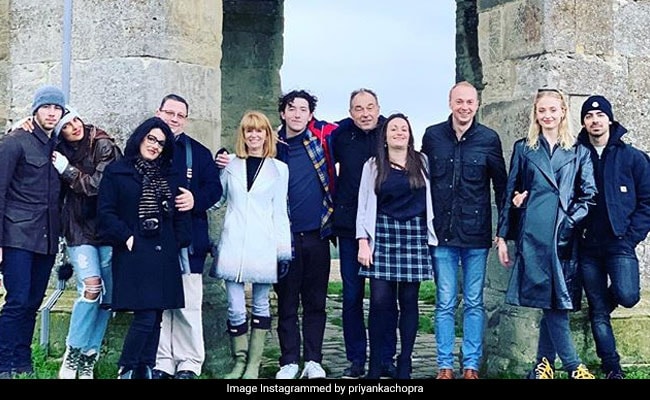 Newlyweds Priyanka Chopra and Nick Jonas are spending quality time with their family in London. Priyanka and Nick celebrated their first Christmas post-wedding with their family and the couple have been continually updating fans with snippets from their London vacation on Instagram. Priyanka shared yet another glimpse from her fun time with family on social media on Wednesday. The postcard-worthy picture shared by Priyanka features herself with husband Nick Jonas, Paul Kevin Jonas Sr and Denise Jonas, Nick's younger brother Frankie Jonas, Joe Jonas and his fiance Sophie Turner. Priyanka captioned the photo, "Family" and accompanied it with a heart emoticon.

Priyanka and Nick flew off to London soon after their Mumbai reception which took place last week. Priyanka's mother Madhu Chopra and brother Siddharth also accompanied the couple to London. Here are photos from Priyanka and Nick's vacation in London.

From our family to yours. Merry Christmas

Priyanka and Nick's Christmas celebrations began over the weekend. The couple were spotted at a posh restaurant in London on Sunday and pictures of them at a store also went viral.