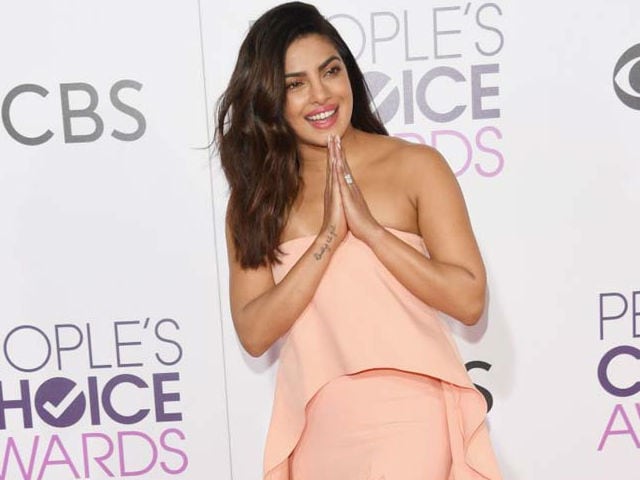 New Delhi: Actress Priyanka Chopra will be one of the jury members of the Tribeca Film Festival 2017. The 34-year-old actress will share the panel with Amy Berg, Zachary Quinto, Sheila Nevins, Willem Dafoe, Jesse Plemons and Melanie Lynskey, says Hollywood Reporter. Priyanka will judge the documentary and student visionary competitions along with actors Olivia Thirlby, Ryan Eggold, Brendan Fraser and Ileen Gallagher. Priyanka headlines the cast of American television show Quantico, which brought her into limelight in the West. The show also earned her a spot on Forbes list of 10 Highest Paid TV Actresses in September, last year. Priyanka Chopra, plays Alex Parrish in the show, which is currently in its second season.

Actor Michael Rapaport has been roped in to host the Tribeca Film Festival, this year. The film fest, taking place at BMCC Tribeca Performing Arts Center, will start on April 19 and end on April 30. The winners in each category will be announced in a ceremony on April 27, according to Hollywood Reporter.

Promoted
Listen to the latest songs, only on JioSaavn.com
Priyanka Chopra is also awaiting the release of Hollywood debut Baywatch, co-starring Dwayne 'The Rock' Johnson and Zac Efron. In the beachside dramedy, Priyanka plays antagonist Victoria Leeds. Earlier, Priyanka said in a Twitter chat that she plays a "bombshell of a villain" but in the trailer and film clips, Priyanka was hardly given screen space. Priyanka's mother Madhu Chopra told news agency IANS that the makers did so deliberately to save the best for the film.

In India, Priyanka's film Ventilator, which she produced through her Purple Pebble Pictures, won three National Awards, including Best Director for Rajesh Mapuskar.

The Fate Of The Furious Preview: How Furious Will It Be Without Late Paul Walker