Priyanka Chopra Is "Sorry For The Things She Said When It Was Winter" In London Because...

Priyanka Chopra is loving the spring that has sprung in London 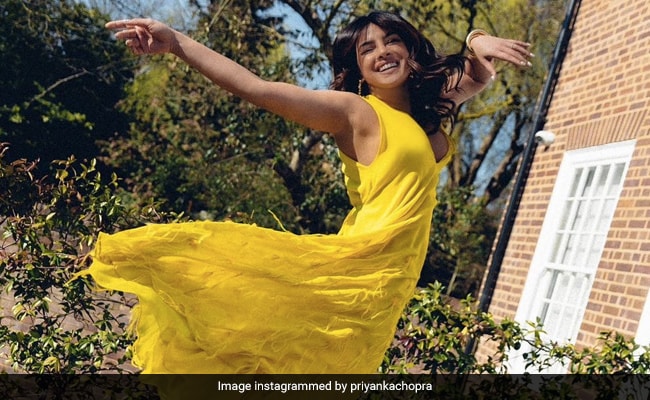 Priyanka Chopra Jonas, who is currently living with her husband and singer Nick Jonas in London, seems to be enjoying the arrival of the spring season in the city. The actress-singer turned film producer, shared a bright picture of what spring looks like in London with her fans on Instagram on Friday. The picture features a plant bearing a bunch of white flowers in full bloom. In the caption of the post, Priyanka expressed her excitement for the arrival of the new season and the end of the winter season. "I'm sorry for the things I said when it was winter. #Springhassprung," she wrote in the caption of the post and added two flower emojis.

The aesthetic picture clicked by Priyanka received a lot of love from her fans on Instagram. "So beautiful," commented one of the fans of the actress. Most other fans dropped heart emojis in the comments section of the post.

This isn't the first time that we are witnessing Priyanka enjoy the spring season in London. Earlier on Thursday, the actress had shared a gorgeous picture of herself enjoying the sunny days in the UK dressed in a yellow dress. In the picture, she can be seen dancing in her lawn like nobody's watching. "Sunshine hits differently these days," she wrote in the caption of the post.

Take a look at the beautiful picture of the actress here:

Other than being an actor, singer and producer, Priyanka dons many more hats. She recently opened up an Indian-themed restaurant in New York last month. Priyanka has named the restaurant as Sona.