Priyanka Chopra Is Reliving Her Cannes Memories With Nick Jonas. See Her Post 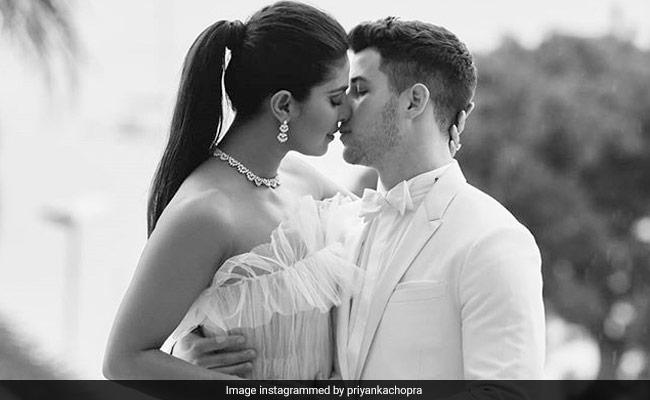 Just an year ago, on this very day, Priyanka Chopra made her debut at the Cannes Film Festival. The actress, made every appearance count during her visit to the French Riviera, where she was accompanied by her husband Nick Jonas. Priyanka shared a video, featuring all her Cannes looks on her Instagram profile and she wrote: "This time last year. My first Cannes." The actress made her debut at Cannes in a shimmering black dress with a sparkling band of red on the bodice and a thigh-high slit by Roberto Cavalli. Priyanka accessorised it with statement earrings.

The Sky Is Pink actress made every appearance count. The next day, she wore a pristine white layered tulle gown from the studios of Georges Hobeika. She accentuated her look with a diamond necklace and earrings, designed by Chopard. Priyanka's make-up was minimal and she had her hair immaculately pulled back in a ponytail. Nick Jonas joined her at the red carpet, in a white outfit.

This is the look we are talking about:

Pastel tones like ice blue and lavender dominated Priyanka's sartorial choices during the Cannes visit. Priyanka and Nick turned heads during the Chopard party. Here are the pictures:

Priyanka Chopra starred in her own American network show, Quantico, following it up with a villainous turn in the Baywatch movie opposite Dwayne Johnson. With these international projects came international red carpet appearances. Besides Cannes, Priyanka is a regular at the Met Gala. She also received invites to the Oscars, Golden Globes and Emmys.