Cannes 2019: Priyanka Chopra Floats In On A 'Cloud Of Tulle,' Nick Jonas By Her Side 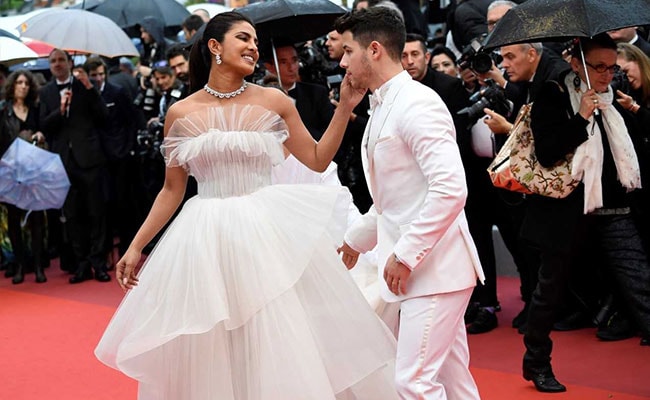 Priyanka Chopra is certainly making every appearance in her Cannes debut count. The 36-year-old actress never fails to amaze us when it comes to red carpet appearances and her latest one is not an exception. After making a stunning appearance in shimmering black Roberto Cavalli gown, the actress handpicked a pristine white layered tulle gown from the studios of Georges Hobeika. She accentuated her look with a diamond necklace and earrings, designed by Chopard. Priyanka's make-up was minimal and she had her hair immaculately pulled back in a bun. Nick Jonas was surely the surprise element at the red carpet. The singer accompanied his wife in a white suit. The couple's presence was sheer magic at the red carpet. Priyanka shared a video of her look on her Instagram story and she described herself as a "cloud of tulle." 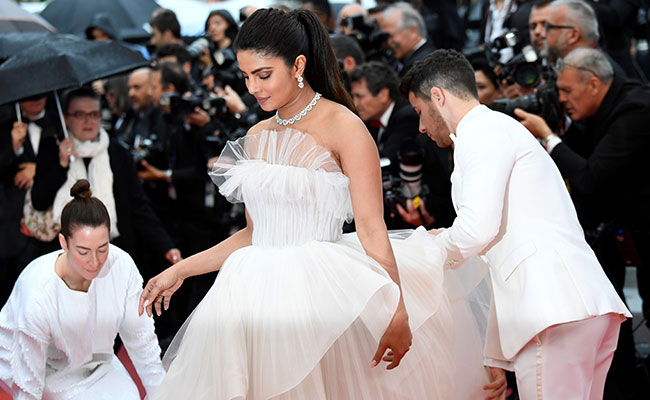 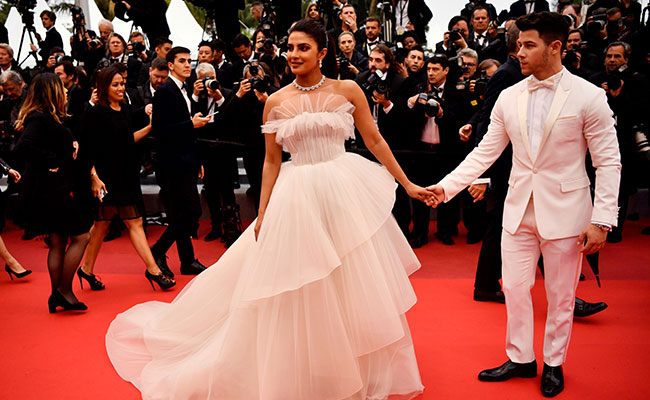 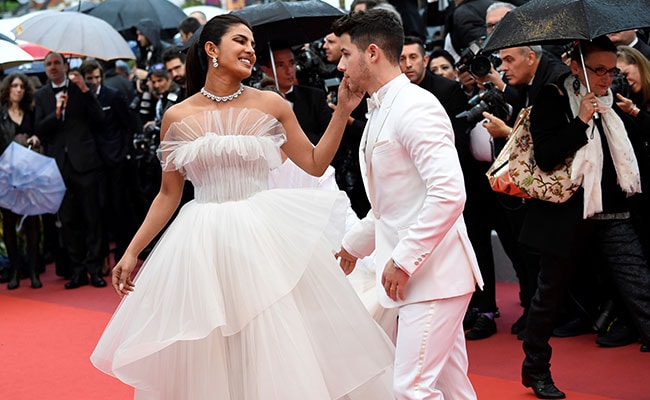 Priyanka Chopra and Nick Jonas at the Cannes Film Festival.

Priyanka, who shuttles between Mumbai and USA now, made the first entry in her Cannes diary on Thursday evening, walking the red carpet in a shimmering black Cavalli dress with a dark red band on the bodice. The strapless dress had a thigh-high slit and Priyanka accessorized with statement earrings.

Old-world glamour was the look Priyanka Chopra was going for, channelling her inner Grace Kelly, Sophia Loren and Princess Diana. She posted these old photos of the fashion icons a day before landing in Cannes.

Priyanka Chopra does have an existing Cannes connection - two years ago, the trailer of Pahuna, the Sikkimese film she produced, was screened at the film festival. Priyanka, who starred in the American TV show Quantico and has three Hollywood releases to her name, is a red carpet regular at international events such as the Oscars, the Emmys, the Met Gala and New York fashion week. Cannes was just a matter of time.