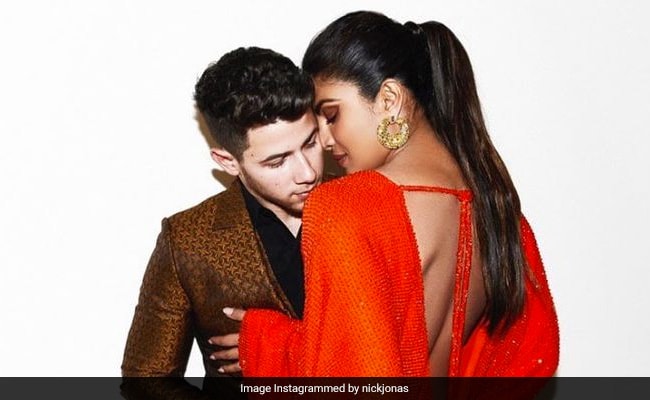 The Cannes Film Festival is currently underway and guess who is missing checking into the French Riviera a bit too much? That would be Nick Jonas. Priyanka Chopra made her debut at Cannes in 2019 and joining her on her trip to the French Riviera was husband Nick Jonas. The Cannes Film Festival was cancelled last year because of the pandemic but this year, Cannes officially opened up for film festival but has only been attended by a select number of celebrities. However, this year's film festival reminded Nick Jonas of the fabulous time he and Priyanka Chopra had in 2019. Nick Jonas took a trip down memory lane and landed right in 2019 - he picked out one of his favourite memories of Cannes 2019 and shared it with his Instafam.

Nick Jonas revisited this loved-up moment from Cannes 2019. He captioned it with a bunch of emojis, which speak a thousand words:

Priyanka Chopra's fiery red look was for one of her photo-ops - her backless orange dress was courtesy Tommy Hilfiger, which was styled with Chopard earrings. In 2019, Priyanka had painted Instagram red with these glimpses:

For her second red carpet appearance, Priyanka Chopra picked a pristine white layered tulle gown from the studios of Georges Hobeika. Priyanka and Nick, who picked a white suit for the occasion, looked straight out of a fairy tale.

In her memoir Unfinished, Priyanka Chopra revealed that she had a wardrobe malfunction right before her much anticipated red carpet debut at Cannes: "The solution? My amazing team had to sew me into the dress on the way in the 5-minute car ride!" wrote the actress.