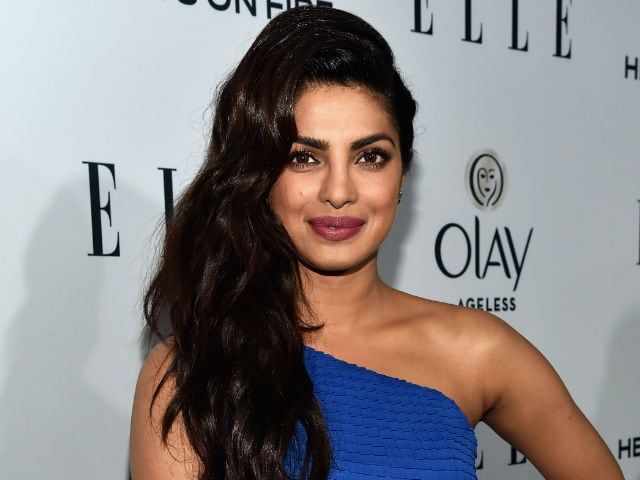 Mumbai: She says her body feels 'battered' due to long working hours, but actress Priyanka Chopra is loving her job and is excited about the premiere of the second season of her TV show Quantico on March 6.

The former Miss World, who will be a presenter at the coveted Oscar awards ceremony, has made headlines for her lead role as Alex Parrish in American TV series Quantico.

Back home, the actress was last seen in Sanjay Leela Bhansali's magnum opus Bajirao Mastani and will next be seen in the role of a cop in the Prakash Jha-directed Jai Gangaajal.

Priyanka says that 'maintaining femininity in uniform' was one challenging task for her.

"When you are playing a tough character, when you are dressed in a uniform it becomes very difficult to maintain femininity and that was very important to me.

"Prakashji and I discussed that as a woman, it's very important to celebrate womanhood and yet at the same time be in a position of authority and that's how Abha is, which is very different from how we see tough women," the actress said in a statement.

"When they do action sequences, women somehow tend to lose their femininity. It's beautiful that Abha is extremely feminine and very graceful but at the same time not someone to be taken for granted. She is very graceful and dignified and I enjoyed playing her," she added.