Priyanka Chopra flew to this place for the shooting of Citadel 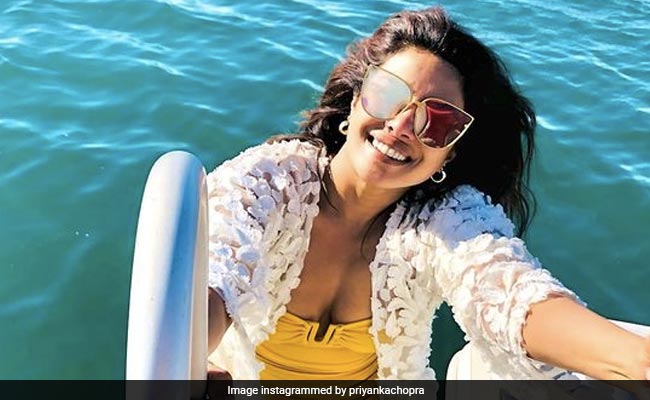 Priyanka Chopra checked into Spain earlier this month for the shooting of a schedule of Citadel, her next project. The actress has actively been sharing pictures from what can be best described as her workcation. The actress is not alone in Spain. She has been accompanied by her mom Madhu Chopra and her pet pooch Diana. On Wednesday, Priyanka Chopra posted a picture with her mom and dog Diana and she captioned the post: "Site seeing with Madhu Chopra and Diana." Sharing a picture of her meal, the actress wrote in a separate Instagram story: "The Spain food tour continues. #paellalife." 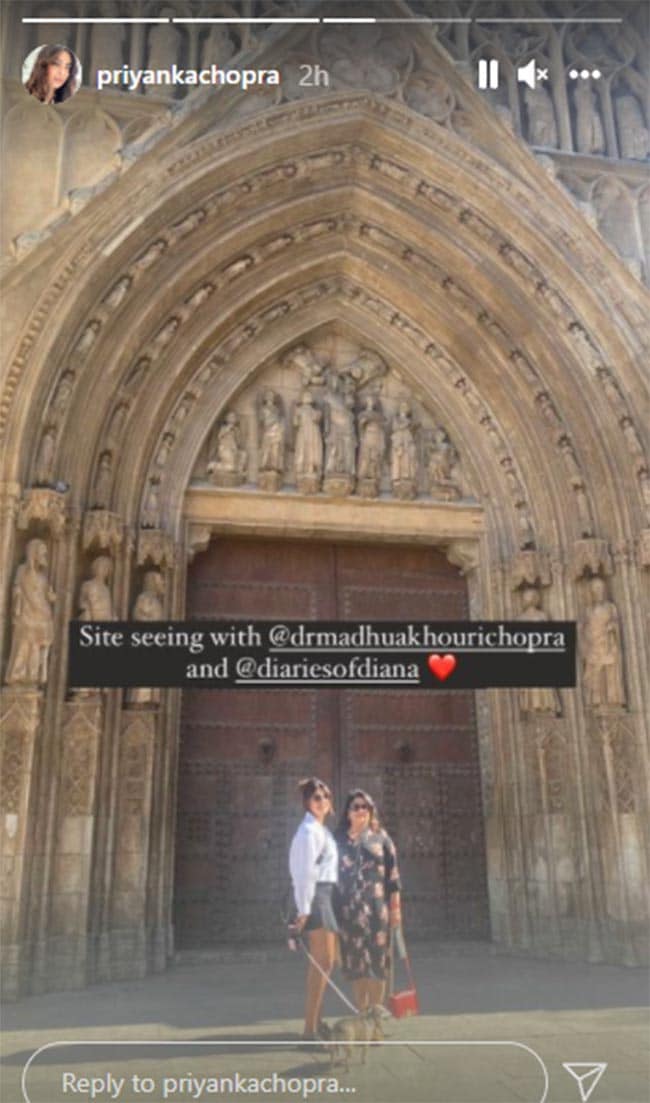 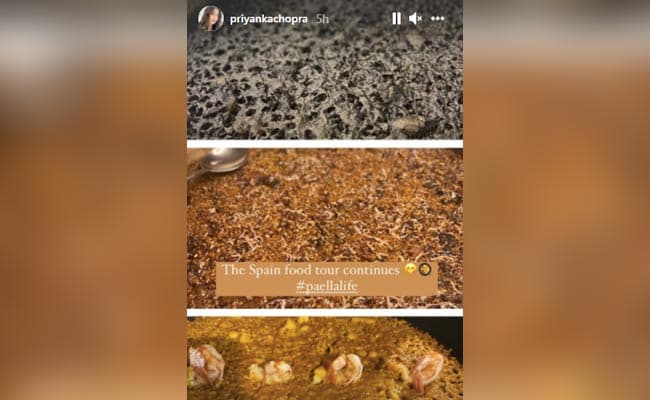 Last week, Priyanka Chopra shared picture-perfect moments from Valencia, Spain and she wrote in her caption: "A perfect day off. #AboutYesterday." These are the photos we are talking about:

About Priyanka's next project Citadel, it is a multi-series with productions from India, Italy and Mexico and it also stars Richard Madden and it will be directed by the Russo Brothers. Citadel is Priyanka Chopra's second project with Amazon Prime Video after announcing the Sangeet Project, a sangeet-themed dance reality show, which she will host with Nick Jonas. Priyanka Chopra was last seen in Netflix's The White Tiger, based on Aravind Adiga's Booker Prize winning novel. She will also be seen in Matrix 4.

Madhu Chopra co-owns the production house Purple Pebble Pictures along with Priyanka, as a part of which they have produced regional films such as Ventilator, Kaay Re Rascala, Pahuna, Sarvann and Paani among others. Paani won the National Film Award for Best Film on Environment Conservation/Preservation in 2019.