Priyanka Chopra: I Was Sceptical About Signing Quantico 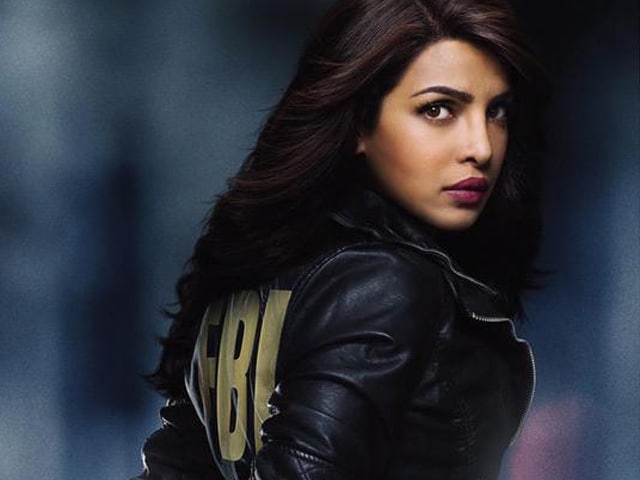 This image was posted on Twitter by Priyanka Chopra

Mumbai: American TV series Quantico is a big break for Priyanka Chopra in an international platform but the actress had second thoughts about signing the show as she felt it would require a long commitment.

The 33-year-old actress, who bagged the show during the shoot of Gunday, had her kitty full with back-to-back releases like Mary Kom, Dil Dhadakne Do and two upcoming projects Bajirao Mastani and Jai Gangaajal.

"I was a little sceptical initially because it's a long commitment. I had to balance television and Hindi films. The script was incredible and I just couldn't say no to it," Priyanka told PTI in an exclusive interview over phone.

"I was shooting Gunday when Kelly Lee, who is into casting, came to meet me. Then I had to go to LA and read the 25 pilots that they had picked for me and tell them the ones I liked. I am happy that I got my first pick, which was Quantico," the actress said.

The show revolves around a group of young Federal Bureau of Investigation recruits, who are training at the FBI Training Academy in Quantico, Virginia. (Also Read: In Quantico, Bollywood's Priyanka Chopra Seeks an American Foothold)

The former Miss World feels that the viewers will like the mystery aspect of the series. "The audience would discover with me the various twists and turns," she said.

Priyanka said that her team and the people in the US have been warm to her.

"They are all amazing people. I am having a great time shooting for the show. They are treating me well," she said.

The Fashion star cannot wait for the audience to watch Quantico, which airs on September 27 in the US.

It will premiere in India on October 3 on Star World and Star World Premiere HD.

"I am excited as well as nervous. I am waiting to see the reaction of people. I am hoping people will like it. I have worked hard for this show. I just hope the audience loves it as much as I do," Priyanka said.