Priyanka Chopra Has an Interesting Cocktail of Films This Year 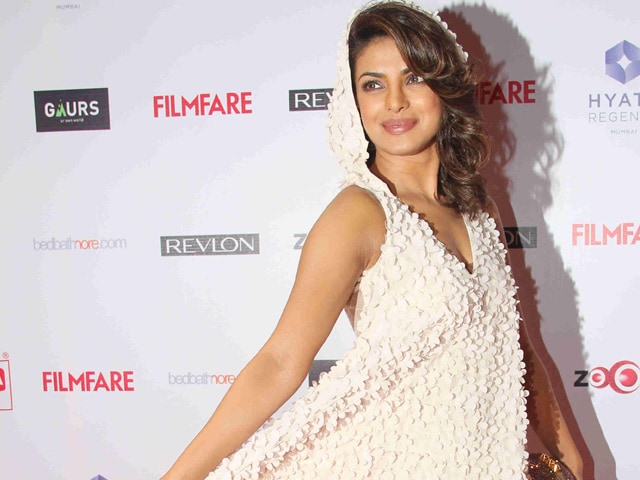 Priyanka Chopra at an event in Mumbai.

Mumbai: In 2014, Priyanka Chopra was seen in two films - action crime thriller Gunday and Mary Kom. But this year, she'll be seen in four different kinds of films and the National Award winning actress is looking forward to it.

"This year I'm doing very good films. I'm very, very excited about it. This year Dil Dhadakne Do will release, which is a very contemporary story of a dysfunctional family. Then Bajirao Mastani will come, in which I play Indian Peshwa queen. Then I'm also doing Gangaajal 2 and Madamji," the actress said at the Filmfare party on January 22.

Priyanka believes that she has always been a risk-taker in her career.

Promoted
Listen to the latest songs, only on JioSaavn.com
At the party the actress wore an ensemble few could get away with - an Elena Perseil hoodie-dress. (Also Read: Fashion Police at Filmfare Party -Priyanka, Alia)

All four of Priyanka's films are from A-list directors. Dil Dhadakne Do is directed by Zoya Akhtar while Sanjay Leela Bhansali is directing Bajirao Mastani. Madamji - co-produced by Priyanka - is helmed by Madhur Bhandarkar while Gangaajal 2 is directed by Prakash Jha.