Priyanka Chopra's post will make you smile and how 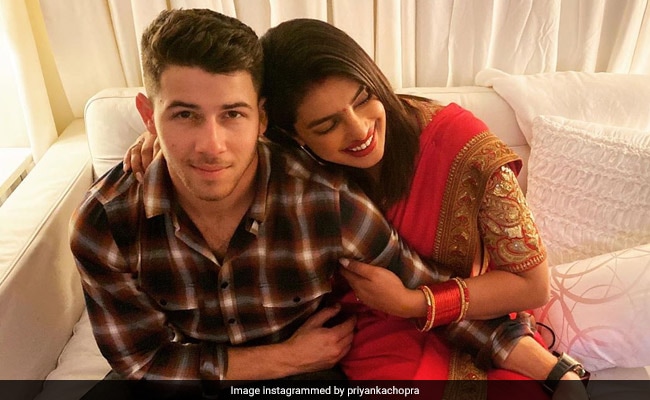 Priyanka Chopra and Nick Jonas are arguably one of the most loved celeb couples in India, and that clearly reflects in Priyanka Chopra's latest tweet. On Monday, the 37-year-old actress shared a video on her Twitter profile, in which the audience can be seen cheering on Nick Jonas' entry scene in Jumanji: The Next Level in a theatre. "Jijaji aagye," a fan shouts in the video. Sharing the video on her Twitter profile, Priyanka Chopra wrote: "When Nick Jonas enters a room in India." She added the hashtag #NationalJiju to the post and added, "Thank you for all the love."

When @nickjonas enters a room in India... #NationalJiju
Thank you for all the pic.twitter.com/y4TlJRvEkf

My promise. Then..today.. forever. You bring me joy, grace, balance, excitement, passion.. all in the same moment...thank you for finding me..Happy First wedding anniversary Husband.. @nickjonas And Thank you to everyone for the love and good wishes. We feel blessed.

In his anniversary post, Nick Jonas wrote: "One year ago today we said forever... Well forever isn't nearly long enough. I love you with all of my heart."

One year ago today we said forever... well forever isn't nearly long enough. I love you with all of my heart @priyankachopra happy anniversary.

Priyanka Chopra and Nick Jonas had a Christian and a Hindu ceremony in Jodhpur's Umaid Bhawan Palace on December 1 and 2 in 2018. The couple later hosted receptions in Delhi and Mumbai. The couple were dressed in customised Ralph Lauren couture for the church wedding, while Sabyasachi was in charge of their wedding wardrobe the next day.

On the professional front, Priyanka Chopra was last seen in Shonali Bose's The Sky Is Pink, which also starred Zaira Wasim. The actress' line-up of films includes Netflix' The White Tiger, co-starring Rajkummar Rao. She also has Netflix's superhero film We Can Be Heroes and a film with comedian Mindy Kaling in the pipeline. Priyanka also dubbed for the Hindi rendition of Disney's Frozen 2, along with her cousin Parineeti Chopra.