After their Elvis wedding in Las Vegas, Sophie Turner and Joe Jonas will get married in an official ceremony in France 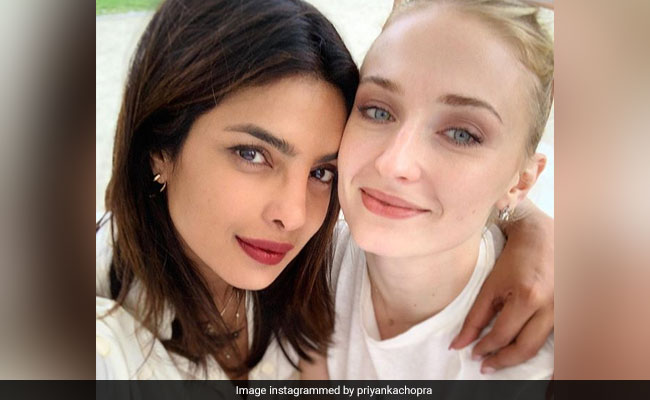 The Jonas' are gearing up for another wedding celebration as they arrive in Paris for the second and official wedding ceremony of Joe Jonas to actress Sophie Turner. Sophie and Joe, who got engaged in 2017, got married in Las Vegas in May (details on that later). Priyanka Chopra, married to Joe's brother Nick Jonas, shared a picture of herself with Sophie on Instagram and wrote, "Her" along with a heart emoticon. Sophie was quick to comment: "I love youuuuuuu." On her Instagram story, Priyanka shared pictures of a shimmering Eiffel Tower and said in one of the pictures: "And it begins." On her Instagram page the Game Of Thrones actress shared a customary kiss picture against the backdrop of the Eiffel Tower.

Here are the posts shared by Priyanka Chopra and Sophie Turner on social media. 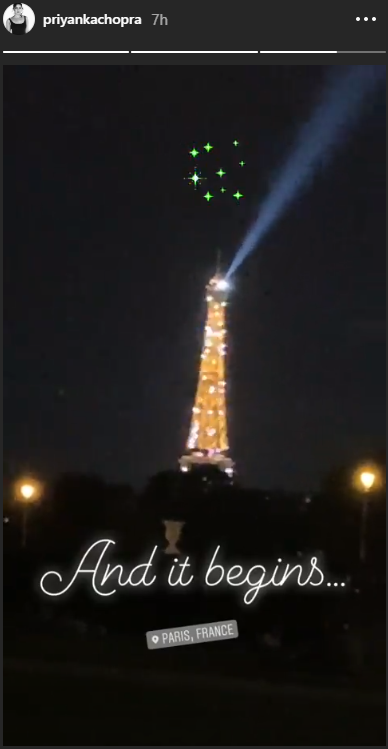 Fan clubs got hold of some pictures of Priyanka Chopra and Nick Jonas in Paris while the other Jonas' are yet to be seen in social media posts.

Priyanka and nick in France

Sophie Turner and Joe Jonas trended for days in May after their impromptu Elvis wedding in Las Vegas, where they first attended the Billboard Music Awards. DJ Diplo and DJ Khaled, who were among the attendees, live streamed the ceremony, for which both Sophie and Joe suited up.

Speaking to Access, Priyanka Chopra described the turn of events which led to the Elvis wedding. "It was really funny. We were at the Billboards and Joe, I think, had this idea that he wanted to do this. We had these little black cards that we all got and were randomly inviting our friends like people that we met. We were like 'Alright, we're going to set up this wedding now. We're going to the chapel right from here and please arrive... please arrive'," she said. "It was so Jophie (Joe + Sophie, get it?)," Priyanka added.

Sophie Turner was last seen in Hollywood film X-Men: Dark Phoenix while Joe Jonas is basking in the success of the revival of the Jonas Brothers band with Nick and Kevin Jonas. The Jonas Brothers are scheduled to leave for their 'Happiness Begins' tour come July.