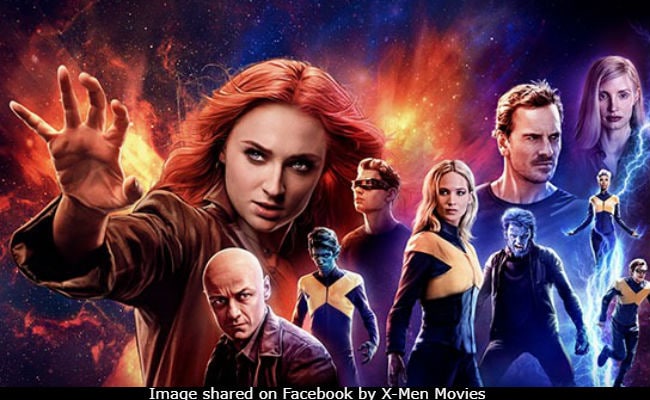 Dark Phoenix isn't kidding about the "dark" part. The latest, and probably final, chapter in the X-Men superhero saga is a somber, even funereal affair - not in a stylish, Christopher Nolan-esque way, or even a la Logan, the deliciously cynical comic-book-noir contribution to the mutant canon from 2017.

Rather, if a movie can be said to suffer from low-grade depression, this one certainly seems to be, shuffling in its socks and bathrobe through a not-quite-two-hour running time with an attitude that is closer to grudging obligation than enthusiastic commitment.

The movie opens, with a literal bang, in a violent, 1975-set prologue that introduces us to the film's protagonist Jean Grey, first seen as an 8-year-old girl (Summer Fontana) who is about to experience tragic loss, thanks to the unintended consequences of her telepathic and telekinetic abilities. Jumping ahead 17 years, we next meet Jean's 25-year-old self (Sophie Turner), a young woman now more confident in her paranormal gifts, having been raised - with all the requisite self-esteem of modern pedagogy - in a school for mutant children run by Charles Xavier (James McAvoy). Jean is one of Charles's X-Men, a band of superheroes with extraordinary physical and mental abilities - and a hotline to the president, from whom they receive their marching orders. 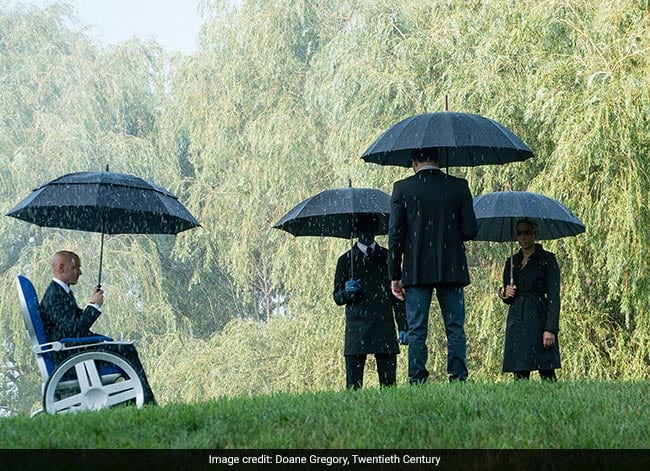 This dynamic is a little different from the typical X-Men movie, in which mutants are seen as freaks and outcasts. If things are topsy-turvy here, it's because the time-traveling plot of the 2014 film Days Of Future Past altered the franchise's timeline (including the erasure of Jean's death in the 2006 film "The Last Stand.")

One of those presidential marching orders soon comes in. A spaceship full of astronauts has been damaged in Earth's orbit. The X-Men, whose powers range from teleportation to controlling the weather, must save them. Their mission goes off with only one tiny hitch: While in space, Jean is irradiated with some kind of strange cosmic energy, rendering her even more powerful - and, unfortunately, more of a loose cannon - than before. She comes back perpetually P.O.'ed, a Popeye with a reserve of supernatural spinach that always lives inside her, and over which she has little control.

From this point on, Dark Phoenix seems to go into a kind of low-energy mode, which is especially ironic, considering that it's about a being who is touted as the most powerful entity on Earth. (This assessment comes from Jessica Chastain's character, a mysteriously otherworldly figure who wants a taste of Jean's mojo for herself.)

Sure, there are some fights - most of them internecine, as various X-Men start to doubt the leadership of Charles, a powerful clairvoyant who is revealed to have tinkered with Jean's mind as a child. Alliances shift, old resentments are stirred, and Charles' sometime nemesis Eric Lehnsherr (Michael Fassbender) comes out of semiretirement in the agricultural commune where he lives with a band of renegade mutants. 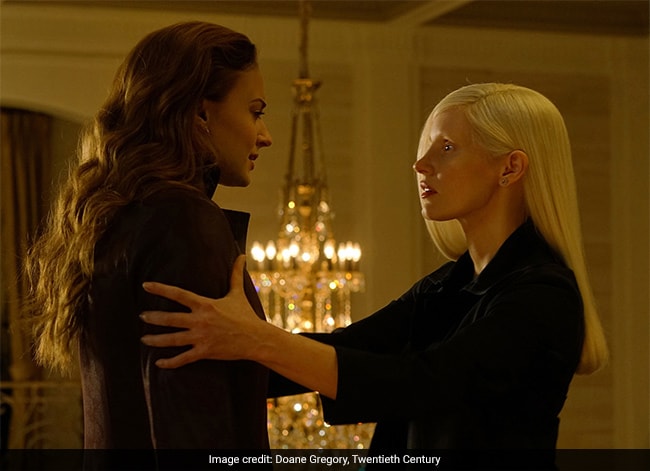 Half the people in the movie want to kill Jean, and half of them want to save her from herself. A handful of government stormtroopers just want to lock the whole crowd up after Jean's misbehavior freshly demonizes the mutant community.

But despite what sounds like all-out war, Dark Phoenix mostly plays like turgid psychodrama, with characters throwing around cheesy lines like "I thought I'd lost you," "Why can't you admit you were wrong?" and "She's not your little girl anymore." By the time the X-Men finally get around to doing what they do best - levitating metal trains, shooting eyeball lasers, conjuring lightning and engaging in dueling mind-control - it all feels borderline tedious, like a game of superhuman rock-paper scissors.

There are some kicks, here and there. The character of Peter Maximoff - a super-fast mutant known as Quicksilver (Evan Peters), who stole the show in Days Of Future Past - is mostly sidelined here, despite getting in a couple of mildly funny lines. That, in a nutshell, is the problem with Dark Phoenix. There's way too much darkness, and not enough quicksilver wit.