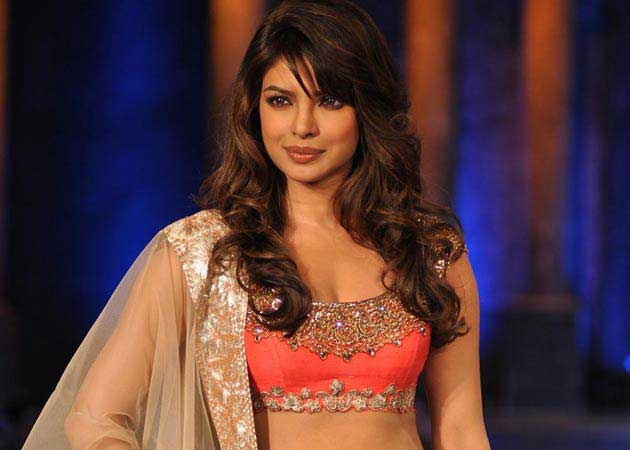 Priyanka Chopra's journey is Bollywood is nothing short of ordinary

It is not every day that someone beyond the fiefdom of celebrity kids comes as far as actor Priyanka Chopra has. Having started out as a model who won the Miss World beauty pageant in the year 2000, PeeCee (as she is normally addressed by her fans) went on to become not just a big name in the Hindi film industry but has also managed to make a mark in the international music circuit, having collaborated with musicians such as Will.i.am in 2012 and Pitbull in 2013 for her chartbusting songs. As far as her acting stint is concerned, Priyanka is the winner of numerous awards including a National Award for Best Actor.

Born on July 18, 1982 in Jamshedpur to parents who were physicians in the Indian Army, Priyanka aspired to become an engineer or a psychiatrist, but ventured into films after she won the Miss India, and subsequently the Miss World, pageant. She started out down south, making her acting debut in the Tamil film Thamizhan in the year 2002 and then moved on to Bollywood making her Hindi film debut in Sunny Deol starrer The Hero: Love Story of a Spy in the year 2003. She was next seen playing a role opposite Akshay Kumar in the movie Andaaz (2003), which won her her first Filmfare Award, and won critical acclaim for her movie Aitraaz (2004) for playing the role of a seductress. Having starred in commercial success and duds, such as Mujhse Shaadi Karogi (2004), Blackmail (2005), Karam (2005), Bluffmaster (2005), Krrish (2006), Salaam-E-Ishq (2007), Big Brother (2007), Drona (2008), Love Story 2050 (2008) and the likes, she went on to prove all her detractors wrong, who questioned her acting chops along with the changing contours of her face thanks to plastic surgery, by making her mark in movies such as Fashion (2008), Dostana (2008), Kaminey (2009), 7 Khoon Maaf (2011), Don (2006) and Don 2 (2011), Barfi! (2012), Krrish 3 (2013). She will next be seen in a biopic on world boxing champion MC Mary Kom in her upcoming film Mary Kom which is releasing this month. Apparently, the actor went through a rigorous physical training regimen to prepare for this role (Also Read: Priyanka Chopra Says her HEart Will Break If Mary Kom Fails). And what made the process doubly hard for her is the fact that she filmed the movie during a period of great emotional turmoil, having lost her father to cancer in June 2013.

Known to be a workaholic, Priyanka is one of the most hardworking and professional actors in the film industry. Come rain or shine, PeeCee is known to never take her commitments lightly, even if it takes a toll on her health (Also Read: A Road Trip With Priyanka Involves Coffee, Strepsils and Lots of Work)

Promoted
Listen to the latest songs, only on JioSaavn.com
Apart from her movie commitments, Priyanka has also been actively involved in philanthropy and promoting women's right s and equality. Having collaborated with NGOs such as Nanhi Kali, Save the Girl Child and Pearls Wave Trust, she has addressed issues such as female infanticide, female foeticide and abuse against women. She was also the campaign ambassador for NDTV-Vedanta's 'Our Girl, Our Pride' initiative, flagged off in 2013, which aimed to create awareness about girl child related issues in the India. Apart from that, she has been consistently involved with NDTV-Toyota's Greenathon since 2008 not only co-hosting the event but promoting and being a constant supporter of it. Priyanka has also worked with UNICEF since 2008, recording public-service announcements and participating in media panel discussions promoting children's rights and the education of girls. She was chosen as UNICEF's Goodwill Ambassador for Child Rights in 2010.

Among the milieu of female actors, who come and go, Priyanka has managed to hold her own in the last twelve years of being involved in the movie business. She not only takes the idea of being 'self-made' to a whole new level but has managed to sustain it consistently, only rising to super stardom in the process. She is also one of the few women in the Indian film fraternity who, in spite of all the odds, manages to be offered not just women centric films but sometimes is cast as the sole crowd puller given her star value, which was apparent in movies such as Zanjeer (2013) and Gunday (2014). We hope the road only gets better for this star trooper.