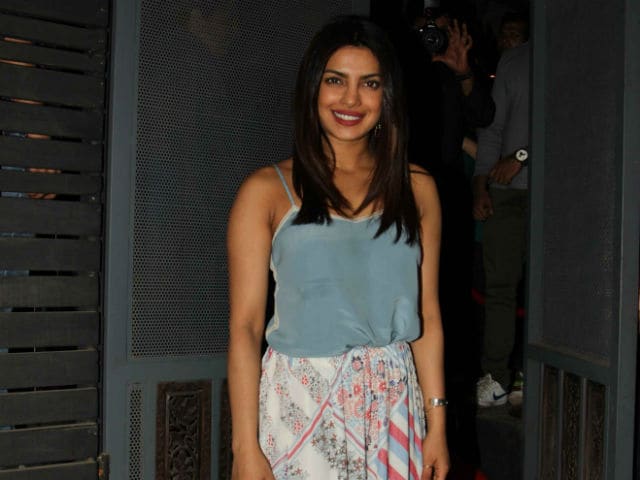 New Delhi: Actress Priyanka Chopra, who returned from the US on April 22, hosted a party on Tuesday to celebrate the success of Ventilator, her first Marathi film as a producer. Ventilator won three awards at the 64th National Film Awards - Best Director for Rajesh Mapuskar, Best Editing and Best Sound Mixing. The 34-year-old actress' mother and co-producer of the film Madhu Chopra, filmmaker Ashutosh Gowariker and veteran actress Sulabha Arya were part of the grand celebrations. Priyanka Chopra, who looked beautiful in a printed grey dressed, was all smiles as she posed for the cameras. See pics from Ventilator success party below. 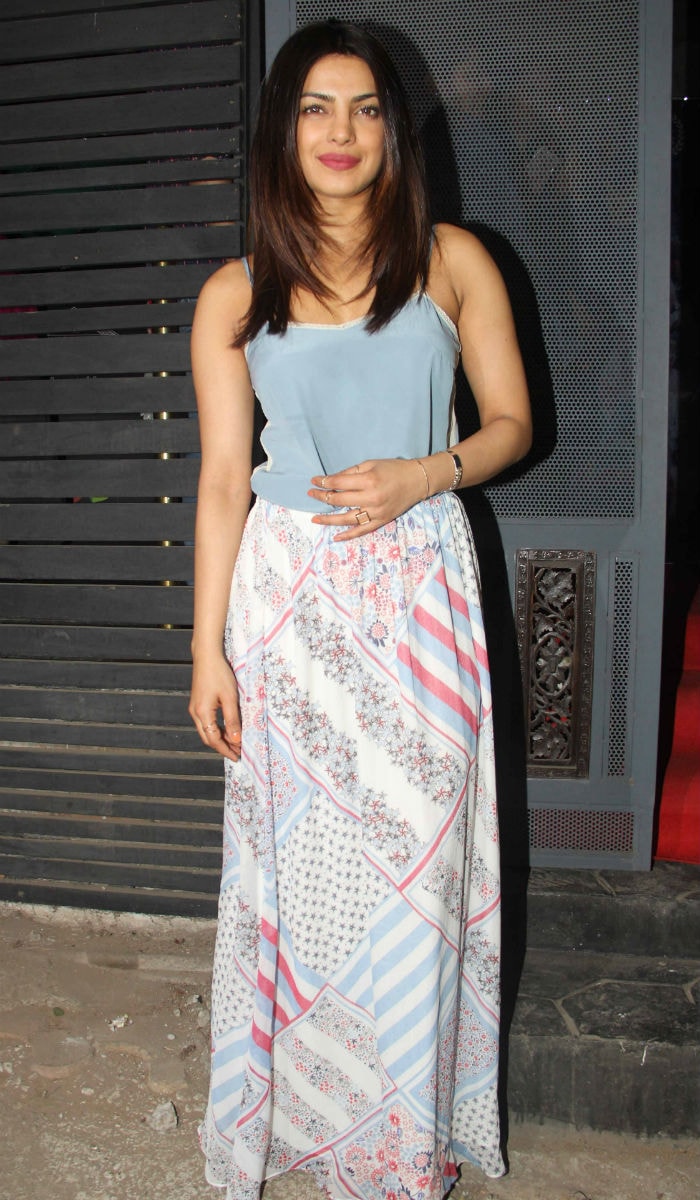 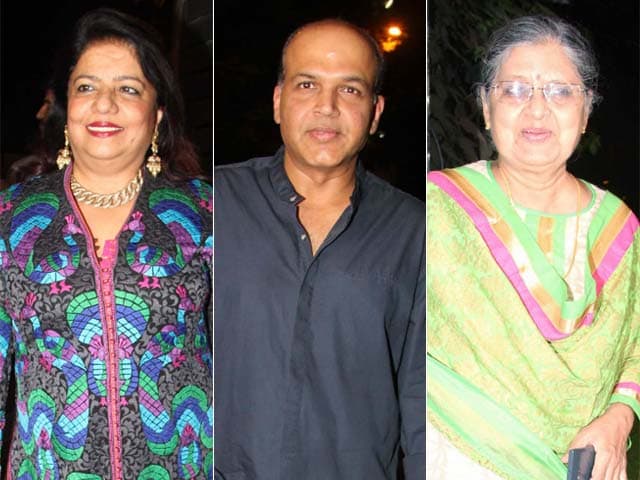 Priyanka Chopra also posted a few pictures from last night's party on social media. The Aitraaz actress thanked the entire team of Ventilator and her mother for the film's success.

Check out the pictures posted by Priyanka Chopra on social media below:

Thank you all the press photographers! I missed u too! Lol! V for #ventilator !!!

Promoted
Listen to the latest songs, only on JioSaavn.com
After completing the second season of her American television show Quantico, Priyanka Chopra is now awaiting the release of her Hollywood debut film Baywatch, co-starring Dwayne Johnson and Zac Efron. The film, which is scheduled to release in theatres on May 26, will see Priyanka portray the role of the main antagonist, Victoria Leeds. The Krrish actress will be joining the star cast of Baywatch in Miami next month to promote the film.

Priyanka Chopra's last Bollywood venture was Jai Gangaajal, directed by Prakash Jha. According to mid-day reports, the Bajirao Mastani actress will next feature in the biopic of late astronaut Kalpana Chawla, to be directed by first time director Priya Mishra.