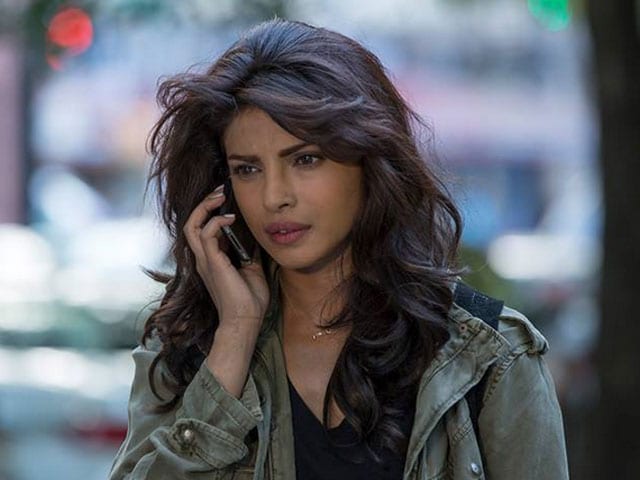 Mumbai: Actress Priyanka Chopra, who made her television debut with American television series Quantico, has been appreciated for her role by the Indian film fraternity.

Quantico revolves around a group of young Federal Bureau of Investigation recruits, who are training at the FBI Training Academy in Quantico, Virginia. Priyanka plays the lead character of Alex Parrish, who becomes the FBI's prime suspect following a terrorist attack.(Also Read: Salman Khan to Priyanka Chopra: 'All the Best' For Quantico)

Overwhelmed! Glad u guys liked #Quantico. Makes all the madness, hard work & effort so worth it! Live tweeting's so much fun, must do again!

Celebrities including Shabana Azmi, Prakash Jha and Shekhar Kapur have praised her performance:

@priyankachopra you do us proud Priyanka.Congratulations for Quantico and a big tight hug!

Congratulations @priyankachopra on #Quantico .. she is quite the buzz here in Hollywood. You did it, Priyanka !! #CatchQuantico

Well Done @priyankachopra !! Found #CatchQuantico engrossing!! Can't wait for the next episode!! So proud of you Abha Mathur.. Shine On!!!

Little late but just watched #Quantico. Reinstates my belief. No one like my fav desi girl @priyankachopra Super as always. Congrats ma'am

Really enjoyed #quantico@priyankachopra ... Can't wait to see what the super #agentparissh does in the next episode!

CONGRATULATIONS! @priyankachopra on a great performance in #Quantico. #US reviewers loved you too! Great achievement. @QuanticoTV

The show also features actors Jake McLaughlin, Tate Ellington and Graham Rogers, who all play fellow recruits, and narrate their adventures and experiences as they train at Quantico base in Virginia, and secrets of their past eventually emerge.