Priyanka Chopra and Nick Jonas will marry in December 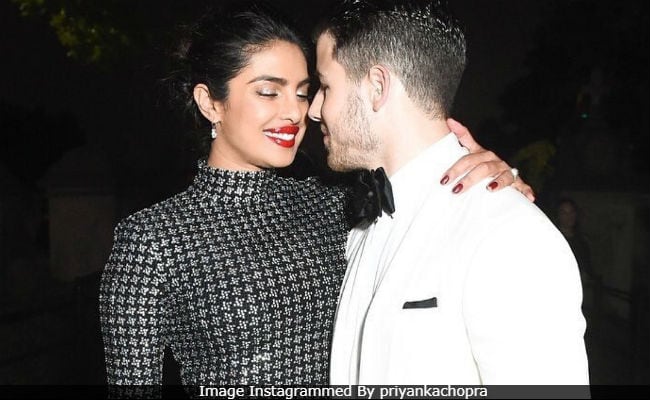 Star couple Priyanka Chopra and Nick Jonas reportedly plan to recreate their first official date during their pre-wedding festivities, which is scheduled from the last week of November. As per a DNA report, Priyanka and Nick, who made their first public appearance together at last year's Met Gala, will go on a date before their mehendi or sangeet ceremonies. The couple are marrying in Jodhpur. "Both Priyanka and Nick wanted to start the new journey of their lives with a fond memory. They want it exactly the way it was - from the ambience to the food and the setting. While the couple will solemnise their marriage on December 2 in Jodhpur, before one of the other ceremonies (mehendi or sangeet), they will go on a similar date," a source told DNA, adding that they also plan to wear the same outfits that they had worn for their first date.

Priyanka and Nick made their relationship official only in August during their private roka ceremony in Mumbai. They reportedly started dating in May 2018.

Priyanka and Nick pre-wedding festivities reportedly include haldi, mehendi and sangeet. As per international websites, the couple will also have a Christian wedding.

Priyanka is currently in New Delhi to shoot for The Sky Is Pink.