Priyanka Chopra and Nick Jonas flew out to Brazil 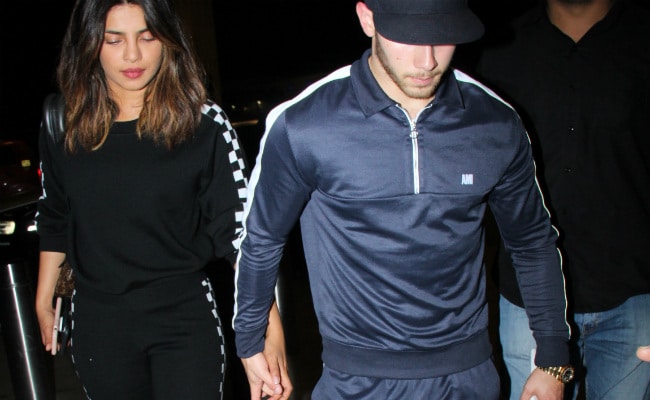 Priyanka Chopra and Nick Jonas photographed at the airport

No! Priyanka Chopra and Nick Jonas checked out of Mumbai in the early hours of Friday, when the Mumbai airport witnessed a case of incessant popping of the flashbulbs. Rumoured couple Priyanka and Nick were spotted holding hands as they navigated the airport on Friday. As much as we are secretly crying over these two leaving Mumbai too soon (can never get enough of Priyanka and Nick together), let's take notice of how they set major couple goals with their coordinated airport wardrobe choices. Priyanka opted for two-piece jogger set in black while Nick sported blue joggers and a jacket for comfortable air-travel. 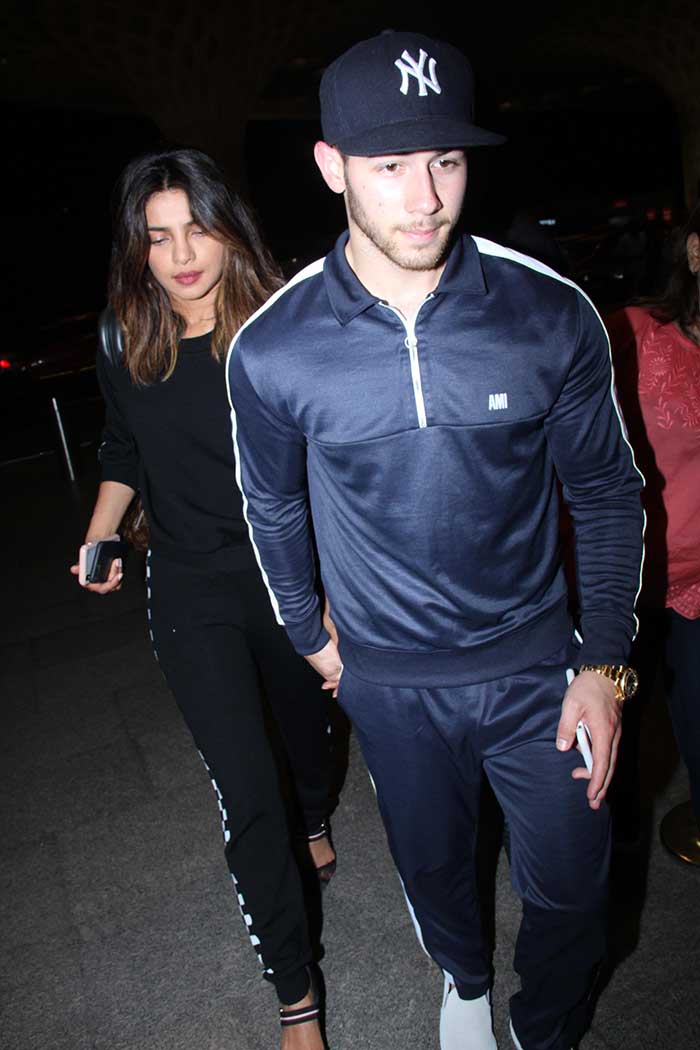 It appears, Priyanka and Nick are headed out to Brazil, where Nick will be performing at the 8th edition of music fest VillaMix Festival Goiani. Nick's on-stage stint is scheduled for June 30. This is what he posted on Instagram and Priyanka commented: "Can't wait."

Pumped to get back on stage! See you guys at @Villamix this weekend #villamixgoiania

Photos of Priyanka and Nick also reveal that it was the 25-year-old American singer, who took the lead at the airport. After exiting the car, he was spotted escorting Priyanka through the airport and OMG, our hearts are aflutter! Right before entering through the gates of the airport, the cameras also clicked Priyanka in a 'palat sort of a moment and we wish that we get to see her soon. 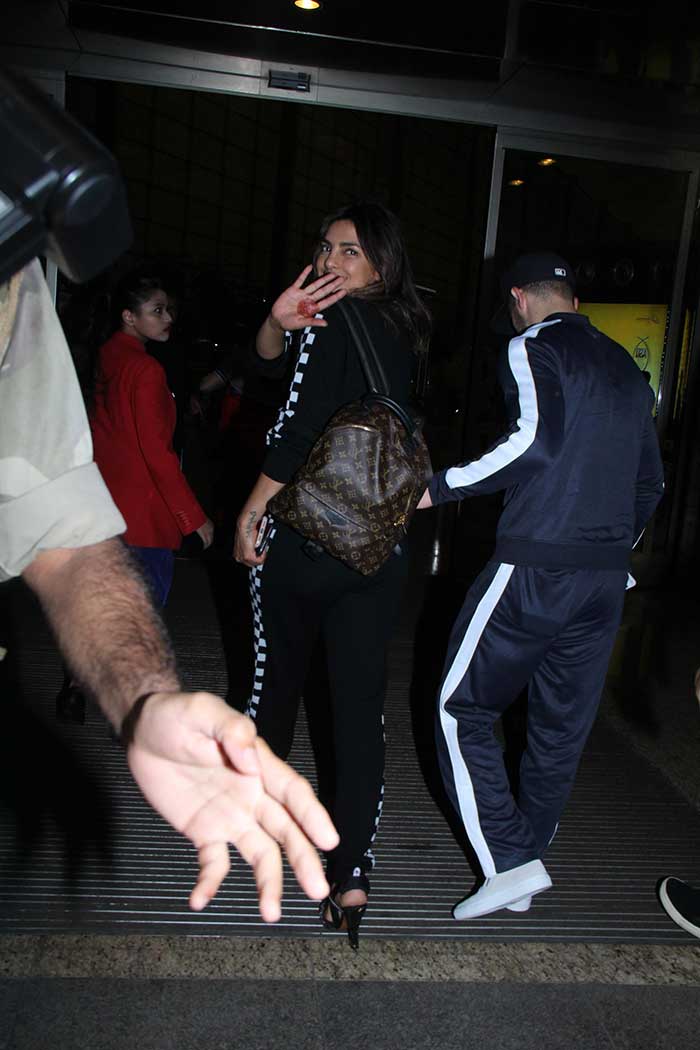 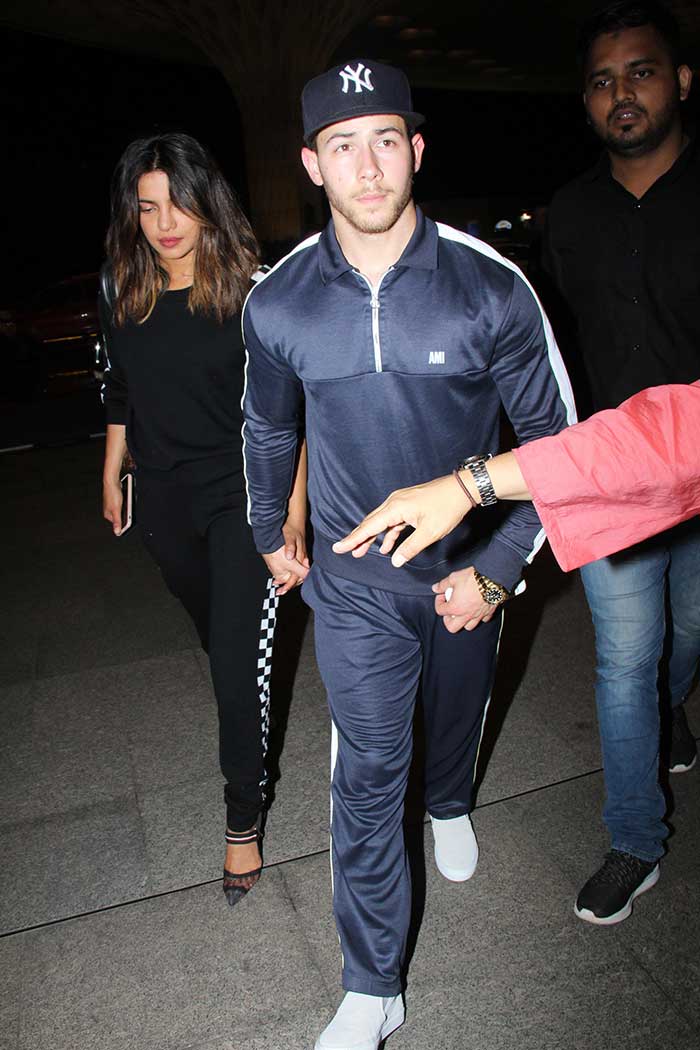 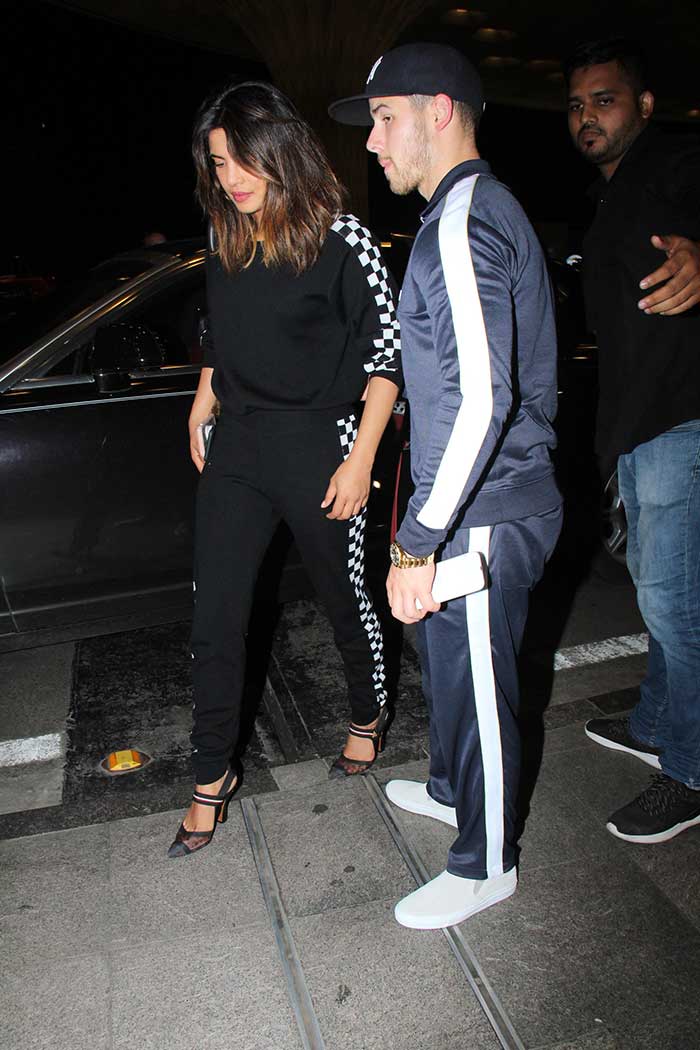 When in India, Priyanka ensured that Nick Jonas has a colourful itinerary. Priyanka and Nick made a stunning entry at the Ambani party last night - she in a hot red Abu Jani Sandeep Khosla saree and he all suited up in blue. Ahead of that, they were also spotted together in Mumbai on the night of Akash Ambani and Shloka Mehta's mehendi party - speculation says they attended the Ambani party together while some reports that Priyanka and Nick went out to dinner with the actress' mother Madhu Chopra.

Promoted
Listen to the latest songs, only on JioSaavn.com
*Red Alert* 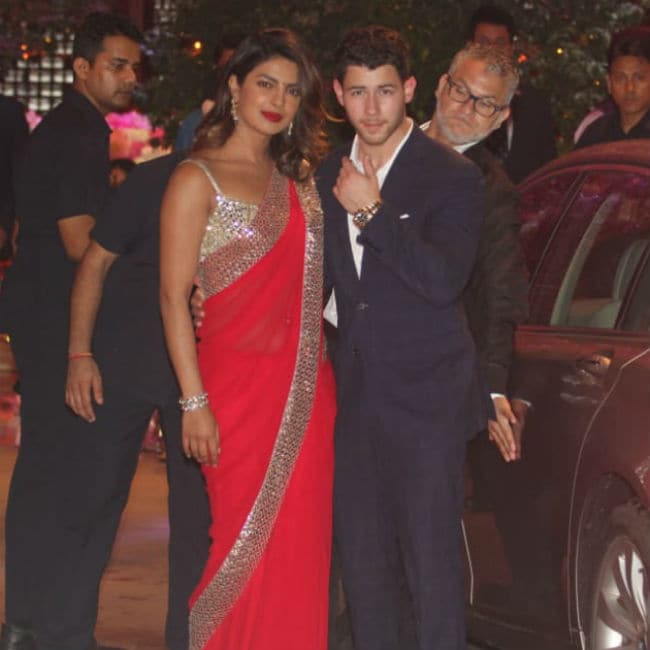 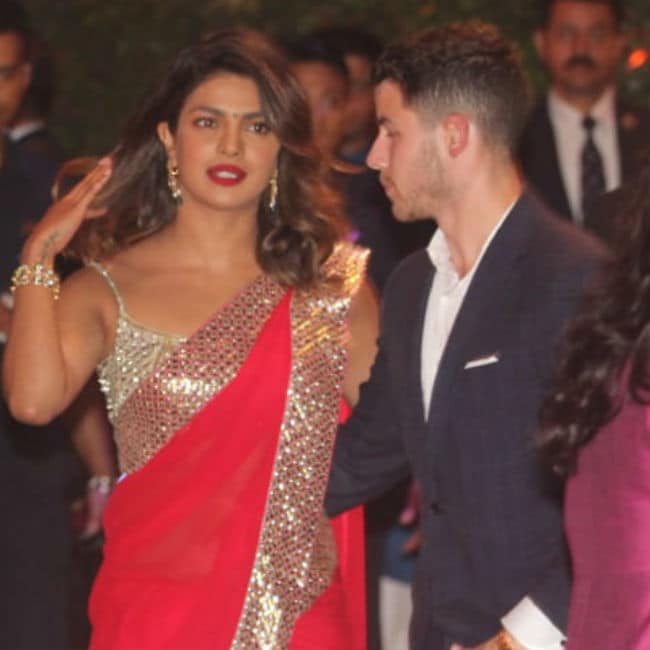 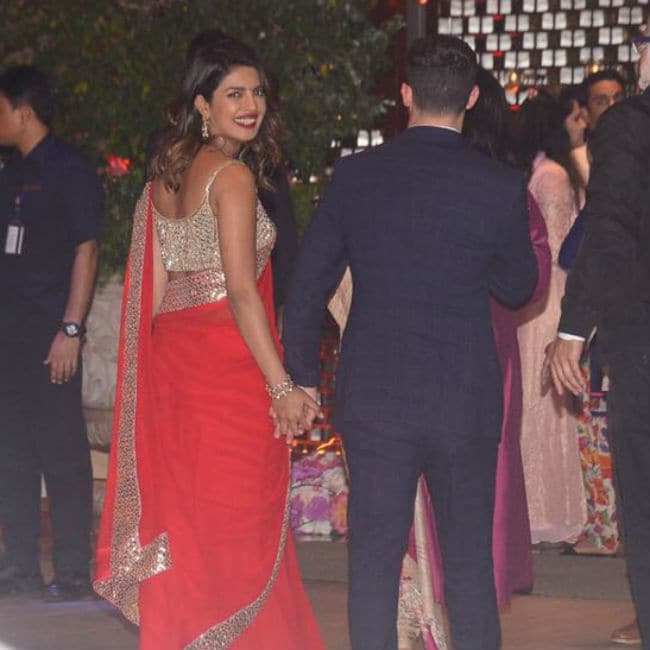 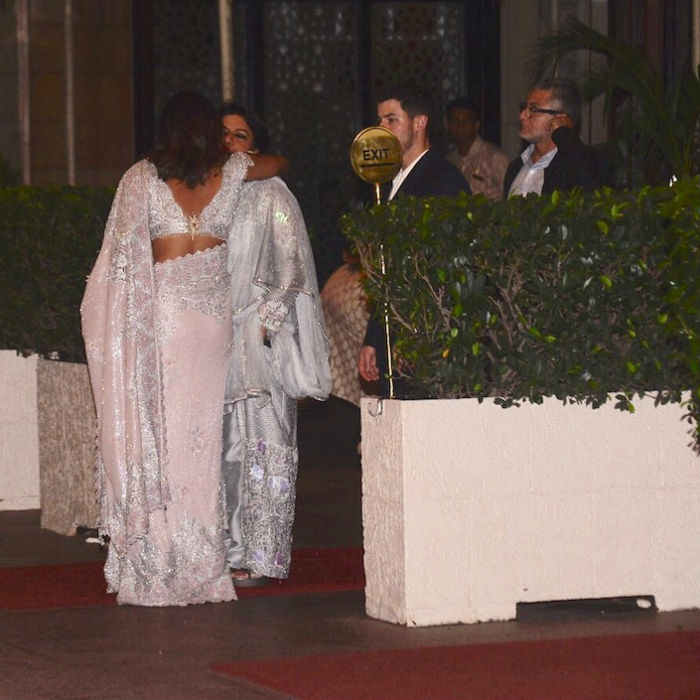 Priyanka and Nick left for Goa on Saturday and joining them on the trip were Priyanka's brother Siddharth and cousin Parineeti Chopra - they touched down in Mumbai just in time for the Ambani shaadi festivities. On Friday evening, Nick bonded with Madhu Chopra over dinner. 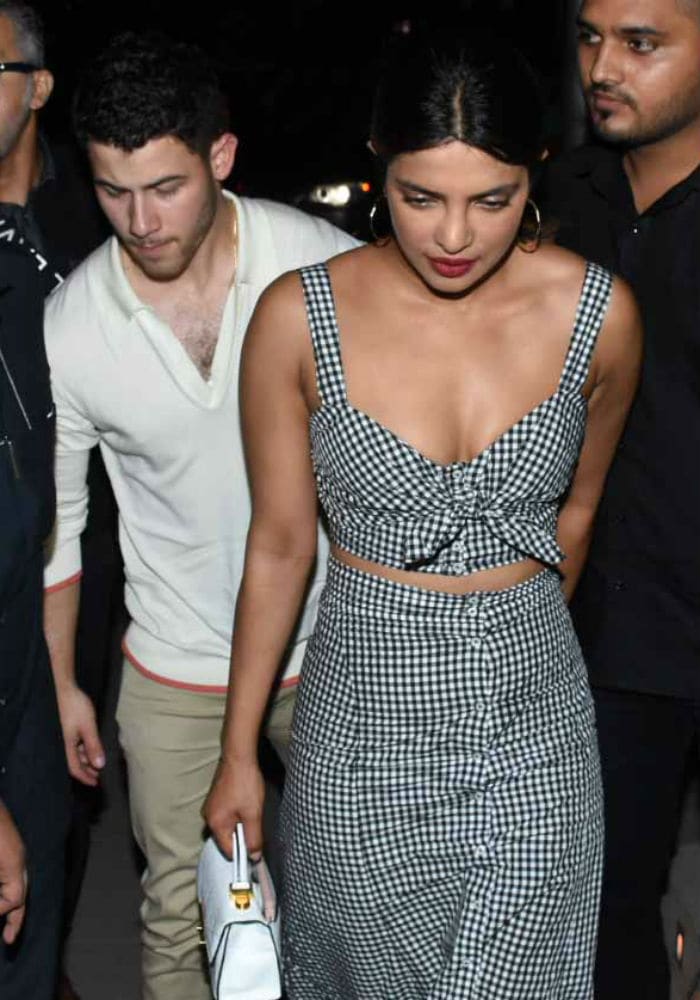 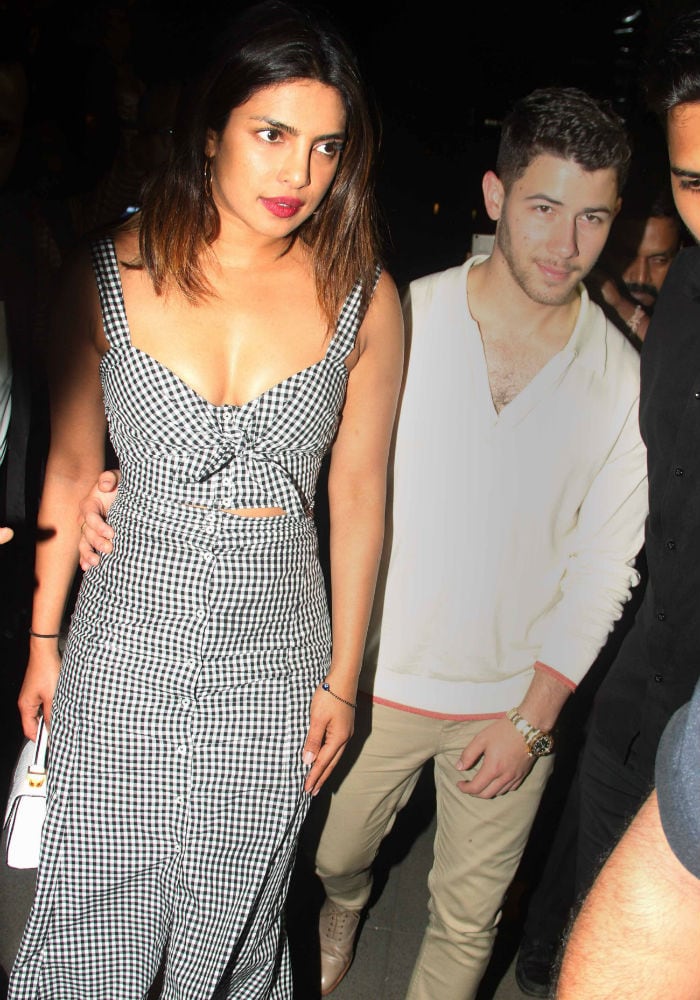 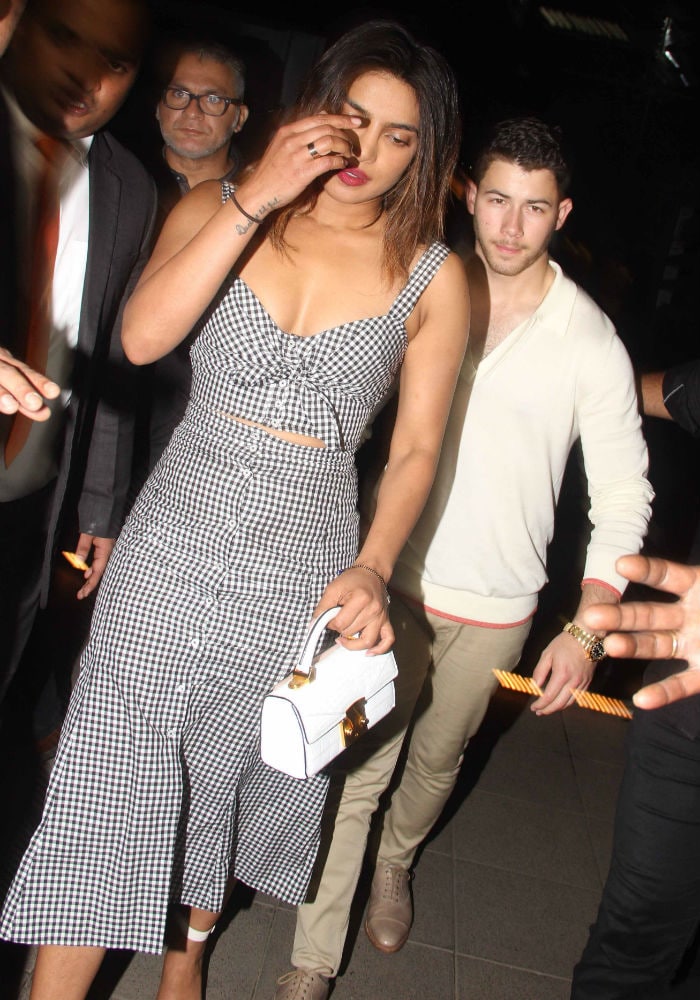 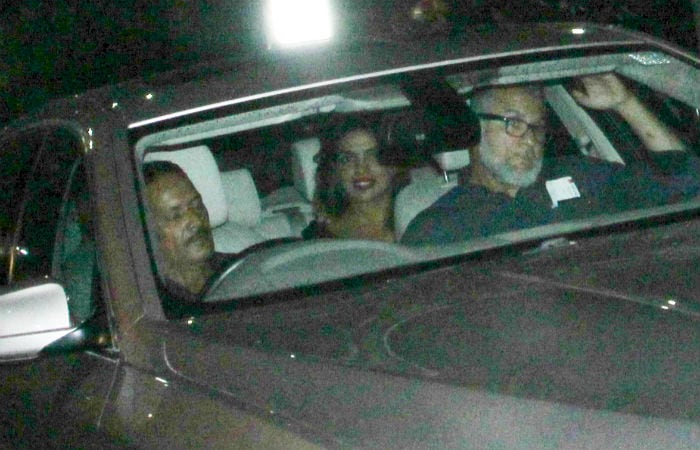 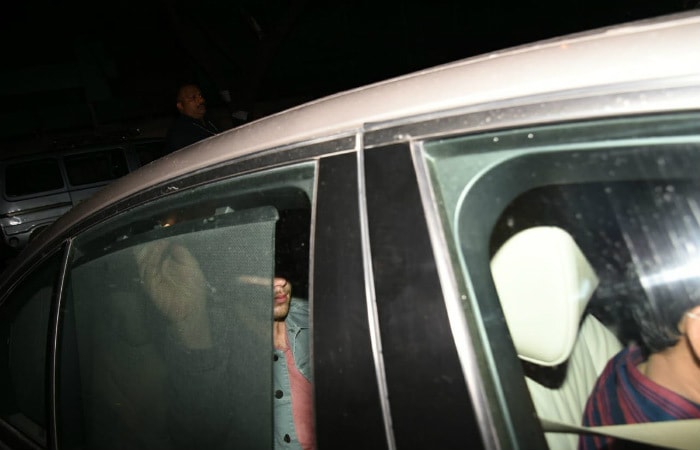 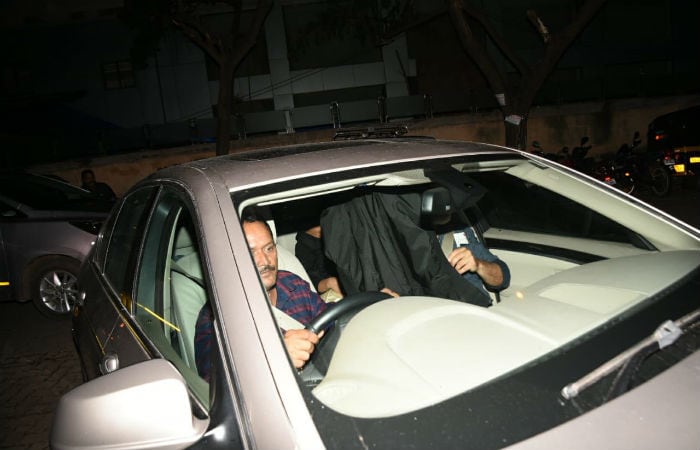 Neither Priyanka nor Nick have addressed rumours about a reported relationship so far but both have shared love-up posts about each other on their Instagram feeds recently. Earlier this year, Priyanka and Nick were spotted together at a baseball game and at a yacht party in the US after which, Nick Jonas also took Priyanka to attend his cousin's wedding.

Amitabh Bachchan Writes About Destiny From Hospital's COVID Ward: "This Confine Of Mine Has One Too"