Yuvika Chaudhary has a complaint and a valid one 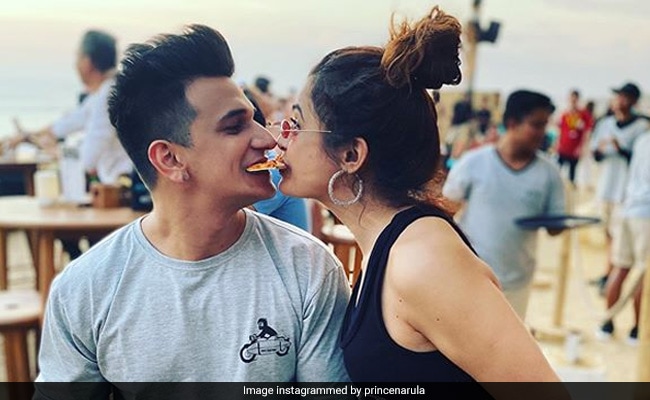 It's raining love on Prince Narula's Instagram profile. The actor posted multiple pictures with his wife Yuvika Chaudhary. However, she wasn't very happy about it. Why, you ask? Well, because it is Yuvika who clicks all the photographs and Prince ends up sharing them first (going by her comment on Prince's post). Sharing a set of adorable pictures on Instagram, Prince wrote: "Happy wife and husband," adding the hashtags #loveyou, #loveislove and #loveforever. Yuvika commented on the post: "Photos mai click karti hu always and you take from my phone and put all the pictures. That's not done. I don't have any pics to put." She added the hashtags #husbandlove, #life and #thankyougodforeverything."

Meanwhile, Yuvika has featured in films such as Om Shanti Om, Naughty @ 40 and Veerey Ki Wedding. She is also known for her roles in TV shows like Dafa 420, Amma and Astitva...Ek Prem Kahani, among others.