Nach Baliye 9: And The Winners Are... Prince Narula And Yuvika Chaudhary

Nach Baliye 9: Raveena Tandon and Ahmed Khan were the judges for this season 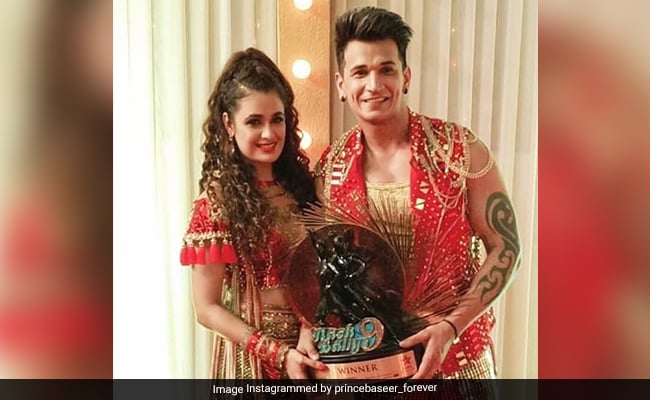 Congratulations, Prince Narula and Yuvika Chaudhary. The couple just won the dance reality show Nach Baliye 9. The finale of the TV show was held on Sunday night and the big news was shared on the official Instagram account on Star Plus, on which the show aired. The caption on the post read, "Can't keep calm. We give you the winners of Nach Baliye 9 - Jodi number 5 'PriVika.' The ninth season of Nach Baliye was judged by Bollywood actress Raveena Tandon and choreographer-director Ahmed Khan. This year, Madhurima Tuli and Vishal Aditya Singh, Aly Goni and Natasa Stankovic, Shantanu Maheshwari and Nityami Shirke and Anita Hassanandani and Rohit Reddy, Urvashi Dholakia and Anuj Sachdeva among other couples participated in the show.

The season's final was attended by the Pati Patni Aur Woh stars Ananya Panday, Bhumi Pednekar and Kartik Aaryan. The show's judge Raveena Tandon posted pictures from the sets of the show on her Instagram profile and she wrote: "The final moment is almost here and who is going to be the winner? Are you guys watching? Nach blockbuster finale with the pati, patni and woh. What a delight these three are."

The final moment is almost here and who is going to be the winner?! Are you guys watching? #NachBlockbusterFinale @starplus with the pati patni and woh ! what a delight these three are!

Bollywood veterans like Zeenat Aman, Asha Parekh, Anil Kapoor and Govinda also added star dust to the Nach Baliye finale. Sharing pictures from the show, Ranveena Tandon wrote: "All at the Nach Baliye 9 finale. Thank you all for making it special."

Yuvika Chaudhary has been a part of films such as Om Shanti Om, Naughty @ 40 and Veerey Ki Wedding. She has also featured in TV shows such as Astitva...Ek Prem Kahani and Kumkum Bhagya.