"Diagnosed With Dengue," This Is How Prince Narula And Yuvika Chaudhary Celebrated Anniversary

"We will be fine in another few days," wrote Yuvika Chaudhary 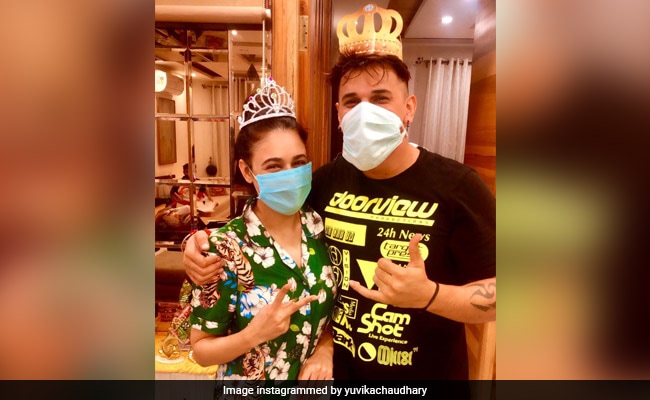 Prince Narula and Yuvika Chaudhary, who celebrated their second wedding anniversary on Monday, opted for low-key celebrations because they have been recently diagnosed with dengue. Yuvika shared a picture along with her husband Prince Narula. She wrote in her caption: "I don't have words thank you, each and every one for your lovely wishes. We didn't celebrate this time because we are diagnosed with dengue. Thank god there is no corona. We will be fine in another few days. Blessed to have you all. Happy anniversary my partner in crime." Prince Narula and Yuvika got married in October 2018. They won the dance reality show Nach Baliye 9. Their love story began on the television reality show Bigg Boss 9.

I don't hv words thank you . each n every one for ur lovely wishes. We did nt celebrate this time cos we are diagnosed with dengue. Thank god there is no carona. We will be fine in another few days blessed to hv u all Happy anniversary my partner in crime ; @princenarula

Prince Narula became a household name after winning three reality shows back-to-back (Roadies, Splitsvilla, Bigg Boss). His first TV show was Bado Bahu and he was also seen in a short role in Naagin 3. Prince Narula was last seen in the television reality show MTV Roadies Revolution, in which he features as one of the gang leaders.

Yuvika has featured in films such asOm Shanti Om, Naughty @ 40 and Veerey Ki Wedding. She is also known for her roles in TV shows like Dafa 420, Amma and Astitva...Ek Prem Kahani, among others.