Prince Narula On Brother's Death By Drowning: 'Can't Believe That Rupesh Is Gone'

"Rupesh's friend ran back inside and they couldn't find Rupesh for 20 minutes, and when they did, he was no more," said Prince Narula 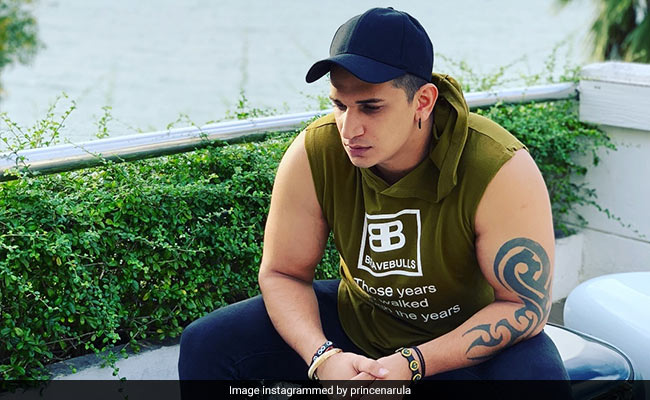 Bigg Boss alumnus Prince Narula, whose brother Rupesh 'accidentally drowned' in Canada recently, said that he "can't believe" his brother is gone and that his parents are bringing their son back to India, reported Spotboye. In an emotional interview with the website, Prince Narula said: "Bhai was staying with a family in Toronto and they had ventured to a beach spot on Monday. That family went back home after some time, but Rupesh stayed back on the beach with a friend." As per Spotboye, Prince Narula could not hold back his tears while talking about his brother.

Rupesh, who apparently didn't know how to swim, was celebrating Canada Day on July 1 with his friends at Wasaga Beach, where he reportedly drowned. Speaking about the tragedy, Prince Narula revealed: "The friend also left the beach to pull the car out from the parking lot and Rupesh told him 'Tu chal, main bas aata hoon.' Rupesh's friend pulled out the car and heard a loud commotion 'doob gaya, doob gaya'. He ran back inside and they couldn't find Rupesh for 20 minutes, and when they did, he was no more."

Rupesh's friend "is perplexed. He says he has no clue how Rupesh went back inside and got drowned, paani bhi bahut jyaada nahin tha," said Prince Narula.

Rupesh got married two months ago and his wife was set to join him in Canada soon. "Rupesh had settled in the US. Uski shaadi sirf do mahine pehle hui thi. He was only 25. Bhabhi was staying with us and her visa etc was being arranged. She would have joined him soon," Prince Narula told Spotboye.

Speaking about reports that the last rites will be performed in Toronto, Prince Narula said: "Mom and dad have gone to bring my brother's body. Yuvika Chaudhary (Prince Narula's wife) is here with Bhabhi. Can't believe that Rupesh is gone."

Prince Narula, who made his television debut with Badho Bahu, was last seen in Naagin 3. He is the winner of reality shows MTV Roadies 12, MTV Splitsvilla 8 and Bigg Boss 9.