Prabhudheva, Abhishek Bachchan To Team Up For Out-And-Out Commercial Film 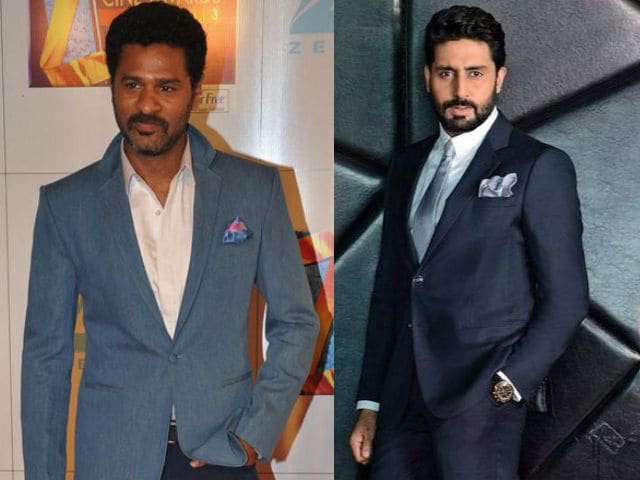 A file photo of Prabhudheva (left); this image (right) was posted on Facebook by Abhishek Bachchan

Mumbai: Filmmaker Prabhudheva chose not to divulge details about his next directed film, starring actor Abhishek Bachchan, but said the film will be an out and commercial project.

There were reports that Abhishek will team up with Prabhudheva for a solo hero project which will have him play a "slightly eccentric man".

When asked if he is in talks with Abhishek, the 43-year-old director told PTI, "I can't talk about that now. It will happen soon and then we will talk about it. I'll be directing it. It will be an out and out commercial film."

Abhishek, 40, was last seen in Housefull 3, which also starred Akshay Kumar, Ritesh Deshmukh among others.

Apparently, the actor is keen on starring in solo projects after featuring in multi starrers like Happy New Year, Dhoom 3 and Bol Bachchan.

Promoted
Listen to the latest songs, only on JioSaavn.com
Meanwhile, the Rowdy Rathore helmer will next be seen in Sonu Sood's maiden production venture Tutak Tutak Tutiya.

The horror-comedy will be released across three languages, Hindi, Tamil and Telugu on October 7.