Pink isn't About Women Empowerment. It's a 'Social Thriller', Says Big B 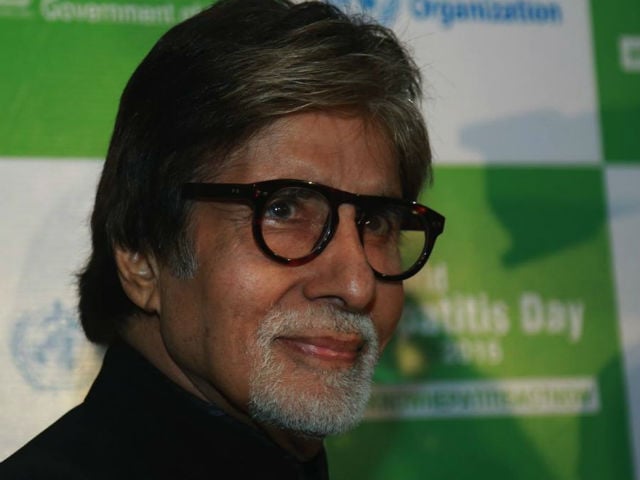 Mumbai: Bollywood superstar Amitabh Bachchan says his forthcoming film Pink is neither about women's empowerment nor on rape but a social thriller and one that touches upon many aspects of what morals and society norms and practices women in India experience.

Talking about his interactions with the media regarding the film that features him in the role of a lawyer, he posted on his blog on Sunday: "The question of the context and the premise of the film shall always be of prime interest, and many dwell their queries on that ... much is not spelt out because of the nature of the story and, of course, the nature of its genre -- a social thriller!" So why a social thriller? "Well, because the story is in the thriller genre and while we are busy narrating the story, there shall be occasion to swiftly brush past the issue of society and morals and conduct," Big B wrote.

He also said that there was a "sense of surprise" when the trailer recently released and the "harsh verbology was heard".

"There is a sense of wanting why ever this was spoken, especially through my mouth for they have never heard ... When words are spoken, they must have a reason. There must be circumstance. They are in defence or prosecution, and have the researched clearance not just from the CBFC, but also from the records of past real-life cases, from study of the legal procedures from different courts of law and through the discussions on court protocol with the legal luminaries of the country," the actor wrote.

He added that the film is not on women's empowerment and "no, it is not on rape. It is a social thriller and one that touches upon many aspects of what morals and society norms and practices women in our city and in our country go through". He hopes that the dignity of their presentation shall receive the dignity and respect that they feel the need to, "in our world for the women".

"Equality ... presence of respect in our daily lives and living and, above all, the strength of any society to be governed by half of what the polity believes to be the female, the women the lady," he wrote on the blog, where he also shared a few images of himself "wrapped about in the elements of the Ef (extended family), I conduct myself with the pride that it so richly deserves ... the shawl stitched with such dexterity and finesse".

Promoted
Listen to the latest songs, only on JioSaavn.com
Directed by Aniruddha Roy Chowdhary, the thriller is set in Delhi. Co-produced by Shoojit Sircar, Pink will release on September 16.