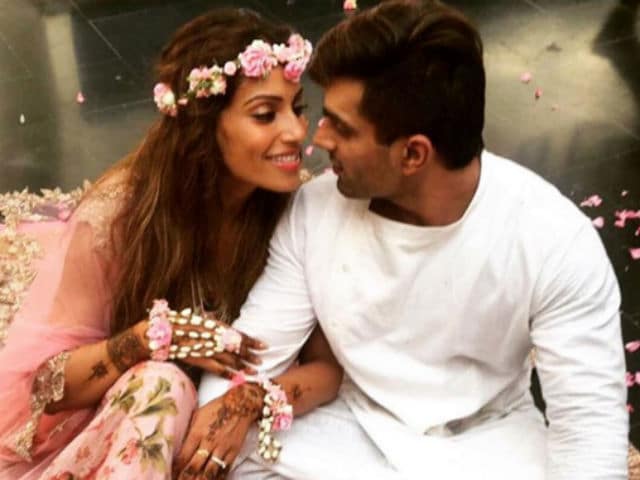 New Delhi: Newlyweds Bipasha Basu and Karan Singh Grover are honeymooning in the Maldives and a quick look at Bipasha's Instagram reveals that they're having a wonderful time.

The resort in which Bipasha and Karan are staying gave them the best possible welcome - a photo cake which featured a lovely picture from their wedding on April 30.

A view made for romance:

A report in Mumbai Mirror quotes a friend of the couple as saying: "Following the wedding Karan and Bipasha have been busy throwing dinner parties for family and friends. This is a much-needed break although a short one since they will be returning by May 13. Maldives is their favourite holiday destination, they rang in the New Year there too. Knowing their love for beaches, their choice of destination for the honeymoon was hardly a surprise even though the decision was an impromptu one."

Bipasha, 37, married Karan, 34, in a Bengali-style ceremony in Mumbai on April 30. It was followed by a star-studded reception which was attended by celebrities like Salman Khan, Shah Rukh Khan and the Bachchans.

Bipasha and Karan co-starred in 2015 horror film Alone. This is Bipasha's first marriage while it's the third for Karan. He was married to Saraswatichandra actress Jennifer Winget from 2012 to 2016 and actress Shraddha Nigam from 2008 to 2009.