Even after breaking up, Sushmita Sen and her ex-boyfriend Rohman Shawl are often spotted out and about in Mumbai. Speaking of which, on Sunday, the actress was filmed exiting a home decor boutique with Rohman and her elder daughter Renee Sen in Santacruz. For her day out, Sushmita Sen opted for a lavender co-ord set while Rohman looked dashing in a red t-shirt and grey pants. The ex-couple reportedly started dating in 2018 and parted ways last year. Announcing the split, Sushmita, in an Instagram post, wrote that their relationship was long over, but the love remains. She added that they will "remain friends."

Here have a look at Sushmita Sen and Rohman Shawl's pictures: 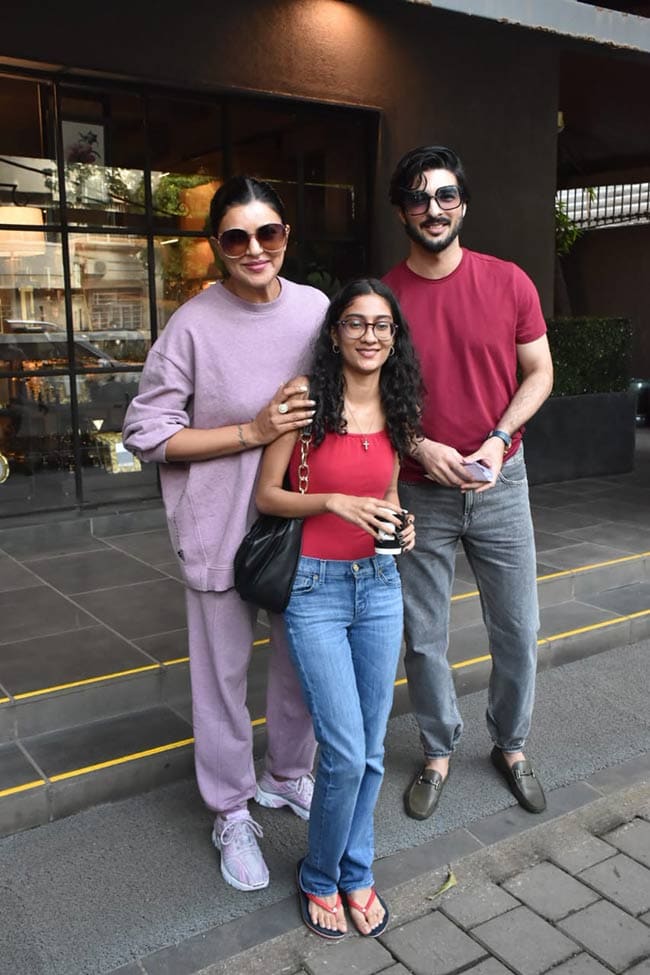 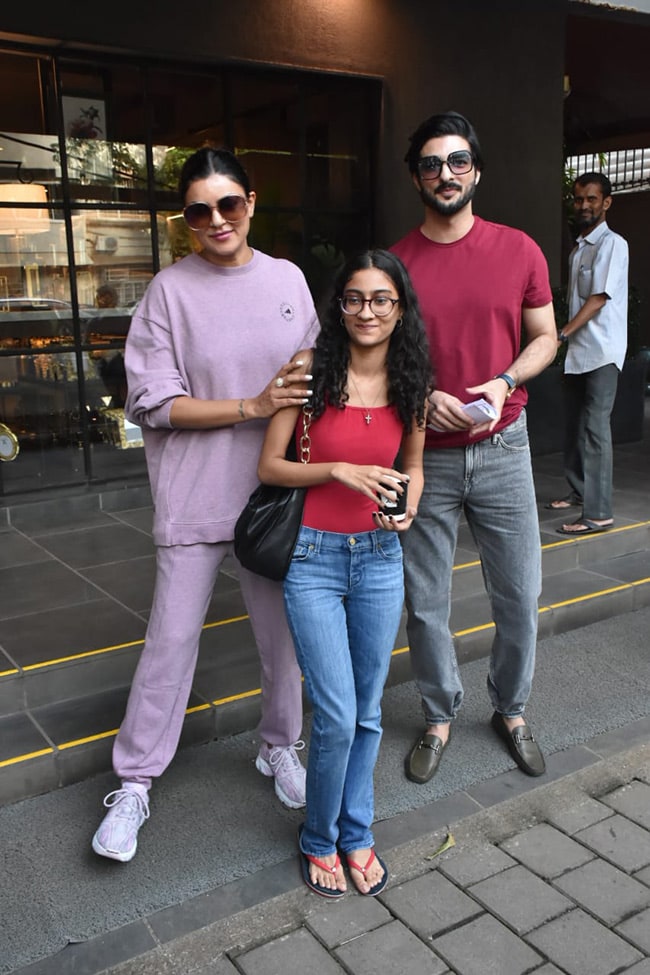 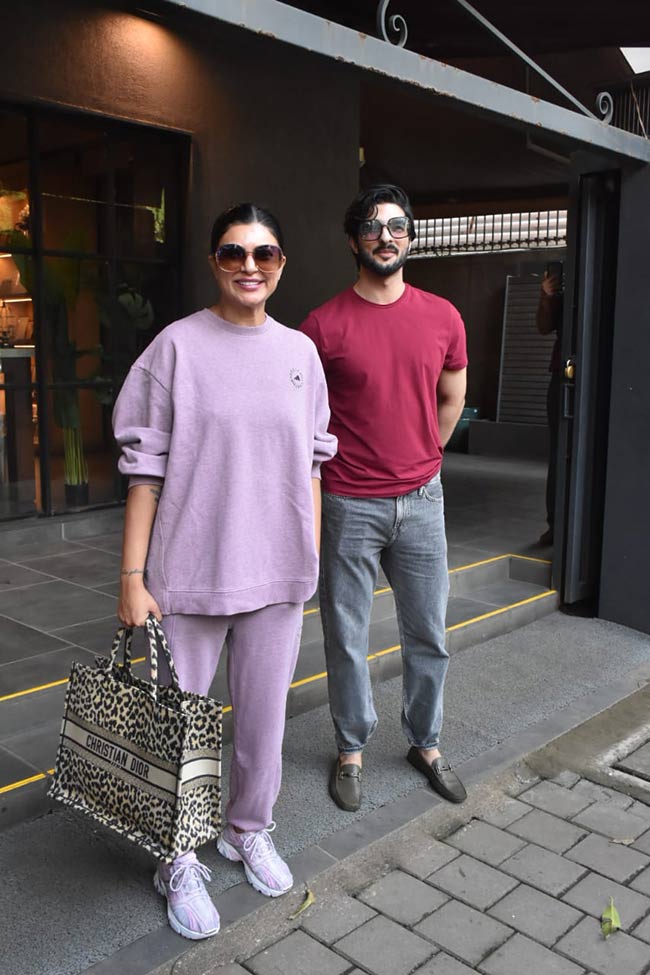 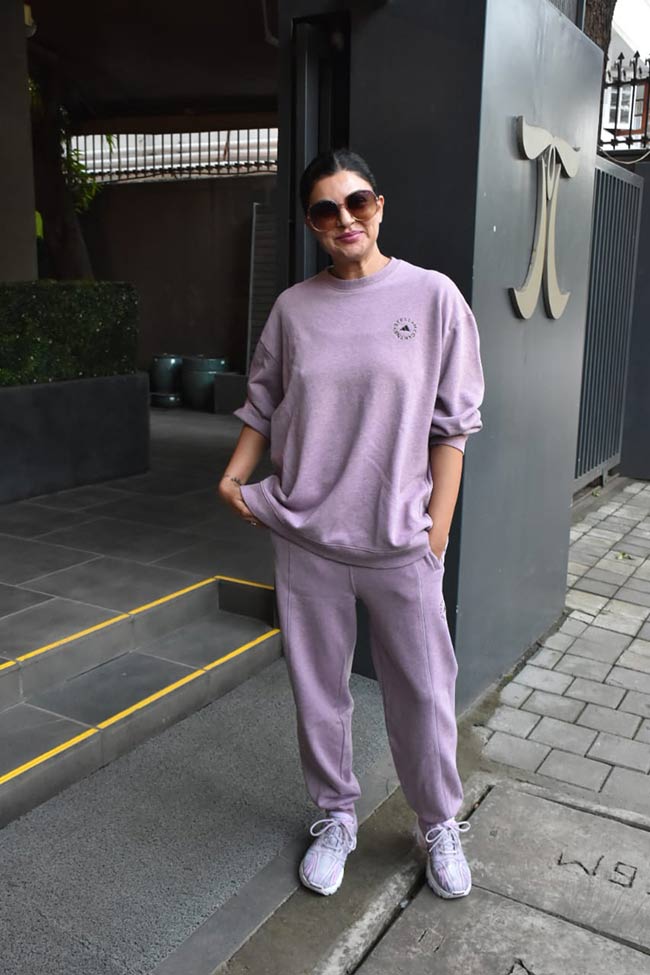 Last year, Sushmita Sen dropped a post announcing her and Rohman Shawl's breakup. She wrote, "We began as friends, we remain friends! The relationship was long over... The love remains. I love you guys!!!"

Indian Premier League or IPL founder Lalit Modi revealed last month that he and Sushmita Sen were dating. He referred to her as his "better half" in social media posts which then edited to clarify that they were not married. While his post included several pictures with Sushmita, her subsequent posts have not contained any of him.

Just back in london after a whirling global tour #maldives # sardinia with the families - not to mention my #betterhalf@sushmitasen47 - a new beginning a new life finally. Over the moon. 🥰😘😍😍🥰💕💞💖💘💓 pic.twitter.com/Vvks5afTfz

Just for clarity. Not married - just dating each other. That too it will happen one day. 🙏🏾🙏🏾🙏🏾🙏🏾 pic.twitter.com/Rx6ze6lrhE

Meanwhile, on Sunday, Sushmita Sen celebrated her younger daughter Alisah's 13th birthday. Sharing a bunch of adorable pictures of her daughter, she wrote a sweet note that read, "Happpyyyyy 13th Birthday to the love of my life!!! 'Alisah' means Noble, protected by God & a gift of God...all of which she truly is!!! I continue to proudly witness, the purity of love & the power of divinity in her eyes, in her beliefs, her embrace & mostly importantly, in her actions!!! I am a better person because I am Alisah's Mother!! To your health & happiness always Shona!!! Didi & I love you infinity!! Maa."

Sushmita Sen, who was last seen in the web series Aarya, is a single mother to two daughters - Renee and Alisah. Following in her footsteps, her daughter Renee made her acting with a short film Suttabaazi last year.